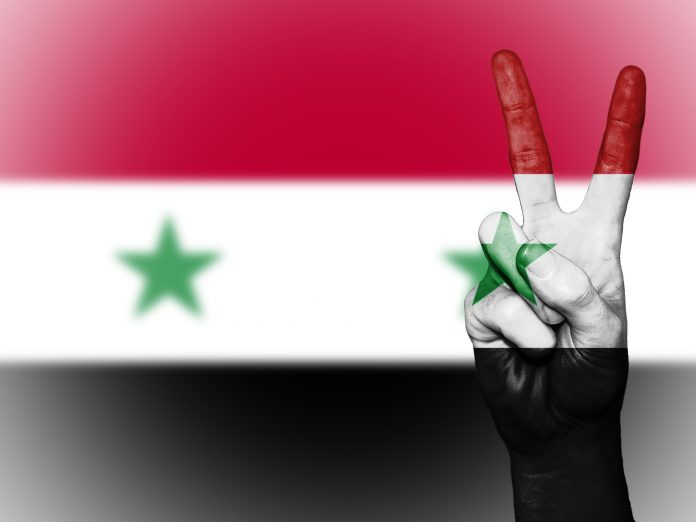 The official Syrian News Agency reported that on Friday night, at 11:01 pm, Israel launched surface-to-surface missiles from the Golan Heights toward targets in southern Damascus. The report claims that Syrian air defense systems intercepted most of the Israeli missiles, though three soldiers were killed in the attack, which also damaged infrastructure at the targeted site.


Syrian Opposition sources add that three Syrian targets were attacked, according to a report by Abu Ali Express:

1. A large hangar in the Damascus airport that serves as a temporary warehouse for unloading cargo coming from Iran and loading it onto trucks and vehicles for transport to various destinations throughout Syria and Lebanon. According to the report, many vehicles parked in the hangar were damaged in the attack. Several ambulances were seen at the sight following the attack..

2. The air defense battery stationed at Jabal Al-Mana near Kasawa, south of Damascus (where the three Syrian officers were killed).

3. A military outpost of the Iranian militias near the a-Roda Hotel in the a-Saida Zinab area in southern Damascus.

Abu Ali Express added that on May 17th, an Iranian Qeshm cargo plane (belonging to the Iranian Revolutionary Guards) flew from Tehran and landed in Damascus. This might hint that Iran was again trying to transport advance weapons to Hezbollah.

As usual, the IDF has not responded to the report of the attack.