The refugees, who had abandoned the temporary camps they had erected near the border, stopped about 200 yards from an IDF checkpoint. Israeli soldiers in the area used a megaphone to warn them to stay away from the area and not approach the border fence.

The IDF forces called to them in Arabic: “You are approaching the border with Israel. If you want us to help you, stay away.”

Shortly thereafter, the refugees began to move along the border, apparently back to their camps.

On Tuesday morning, Syrian regime-affiliated military planes bombed a school that serves as a shelter for refugees in Ein Tina on the outskirts of Quneitra. According to reports in Syria, 10 people were killed, including women and children. Local residents then fled and reached the fence area in search of humanitarian aid.

The Syrian Observatory for Human Rights reported Tuesday that about 1,000 displaced people, including hundreds of women and children, returned from the Israeli Golan Heights border to the Tafas area, where the regime forces prevented them for hours from the entry to their camps.

This is not the first time that a large group of Syrian refugees have gathered on the Israeli border. Over the past two weeks, five more such marches were held, according to the IDF Spokesperson’s Office. 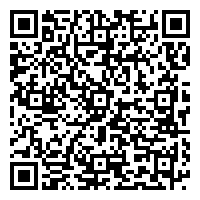