A friend sent me an email following the IDF civil defense downing of a Syrian Sukhoi warplane which, apparently, strayed about one mile into Israeli airspace.

My friend writes: I find it hard to understand why the press keep on presenting this photo of the downed Syrian…


…and other pictures of this pointy nosed aircraft, when the truth is nothing like that. The downed warplane was a Syrian Sukhoi Su-22, an antiquated machine from the 1970s which looks like this (this one belongs to the Czech Republic Air Force):

The Soviet Su 17 (1949) evolved in the late 1960s into the Su-20 and Su-22, and enjoyed a long career in the Soviet, and later Russian Air Force. It was widely exported to the Eastern Bloc, Arab, Angolan and Peruvian air forces.

The Syrian Air Force used Su-20/-22s to attack Israeli forces in the 1973 Yom Kippur War and the 1982 Lebanon War. Several Su-20/-22s were shot down by the Israeli Air Force. From mid-2012, in the Syrian civil war, Syrian Air Force Su-22s have been involved in combat operations against Syrian rebels. 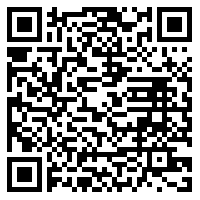