Greek security forces on Sunday fired tear gas to prevent as many as 13,000 Syrian refugees from crossing the border from Turkey, after Turkish President Recep Tayyip Erdogan had opened his western border in order to urge a new flood of unwanted asylum seekers into European countries.

The official Turkish news agency Anadolu disseminated countless reports of Greek resistance to the onslaught of Syrian refugees, who were taking advantage of Erdogan’s policy change. Erdogan has reneged on his 2016 agreement with the EU countries to stop the refugees from leaving Turkey into Europe, claiming the EU has not kept its commitment to pay him 6 million euros in aid to cope with the influx of Syrians.

Of course, this new flow of Syrian runaways is the direct result of Turkey’s attack on Syria, which has ravaged the countryside across the northern part of the country.

The Turkish president is also livid at his NATO allies for not sending in their troops to support his war with the Syrian regime in Idlib and elsewhere – and so he is determined to deliver his problems to their own doorstep, by repeating the 2015 refugee flood that threatened to destroy law and order in Germany, France, and the UK.

“A group of around 50 residents of the Greek island of Lesbos prevented migrants in a rubber boat from reaching the Port of Thermi,” Anadolu reported. “They pushed the boat back to sea and attacked journalists on the island who were covering the event, including German reporters, throwing some of their cameras and equipment into the water. After the police arrived, however, the migrants disembarked and were taken to the Moria refugee camp for registration. The camp hosts more than 15,000 refugees, although it was designated to accommodate only 3,000, offering squalid conditions.”

In another incident, at Pazarkule, on the Turkish border, Greek police fired plastic bullets at Syrian refugees.

And another group of Syrians trying to cross to Europe by boat through the Aegean Sea were pushed back by the Greek coast guard. The Greeks cut their fuel lines and took their fuel, preventing them from continuing on their journey. They were rescued by the Turkish Coast Guard, after having been left for dead.

Erdogan’s skill at using millions of human beings to advance his policies remains as effective as before, but this time around it will be difficult for him to repeat his parlor trick. Nowadays, no one in Europe seems to have any appetite left for more Arabs roaming through their cities.

Kenneth Roth, executive director of Human Rights Watch, told Arab News that the EU should urge President Vladimir Putin to stop his own indiscriminate bombing of civilian enclaves in northwestern Syria. “If the only alternative is a bloodbath in Idlib, the Turkish government will undoubtedly open its border with Syria, but it is already hosting 3.6 million Syrian refugees so we can expect many people who flee the slaughter to continue on to Greece,” Roth argued.

It’s a mess, no doubt. And it seems to be keeping many of Israel’s enemies and detractors busy doing something else for the moment. It’s all we ask. 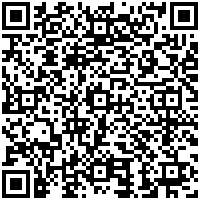