A group of sturdy-looking young men waved a homemade banner that proclaimed in large black letters, ‘OPEN or DIE’ in the photo that flashed around the Internet this week.

Their raised fists, arms to the skies and some with their first two fingers in the “V” symbol of solidarity, all told the same story of defiance and rage as they faced the barbed-wire that sealed the border between Macedonia and Greece.


The small landlocked state of Macedonia simply quailed at the thought of being overrun by the hordes of migrants flowing across the continent and just.said.no.

But Macedonia is only one of a growing number of countries that closed its borders in fear of the unknown population heading its way, especially in the wake of the Paris massacre, and most recently the slaughter in San Bernardino. In both cases, ISIS-linked terrorists who had somehow immigrated to the host country were involved in the massacres.

Macedonia has begun to build a fence along its border with Greece in order to block the transit route which runs from north Africa and Syria through Turkey to Europe. The Macedonian government says it will allow refugees who are fleeing war zones to continue on through — meaning, the 2,500 who are coming from Syria, Iraq and Afghanistan — a confusing policy that does not explain how the government will differentiate between legitimate migrants and possible terrorists.

But perhaps it is just the overwhelming numbers the government fears.

On Wednesday, more than 2,300 of the migrants were moved to “open hospitality facilities” in Athens onboard 45 buses, police said in a statement. The migrants, mainly from Pakistan, Somalia, Morocco, Algeria and Bangladesh, are to be sheltered in former Olympic stadiums, according to police.

Some 350 riot officers were mobilized at dawn for the operation.

Some 3,500 migrants from Iran, Morocco, Pakistan and Eritrea were being blocked at the border a day earlier, having been told they must leave the border area. Those young men had engaged in clashes with those who were allowed to pass through — people from Syria, Afghanistan and Iraq — and prompted intervention by 150 Greek riot police, according to reports Thursday morning on local Greek blogs and social media.

Greece is being inundated by migrants — so far, 600,000 have flooded the country so far this year — but now the European Union is adding coals to the fire, threatening to impose passport controls for Greek citizens in the EU if Greece cannot get a better handle on its borders. Greece contends that its borders are at the “start of the corridor” and the “door” is in Turkey.

Earlier this month, the Greek government told Israel it would disregard the EU’s guidelines advising member states to re-label any goods manufactured in Jewish communities past the 1949 Armistice Line, also known as the “Green Line.” Those guidelines advise that anything produced in Judea and Samaria cannot be labeled “Made in Israel.” The move was deeply appreciated by Israel’s population and the Jerusalem government.

American Jews are Signaling their Own Dire Straits 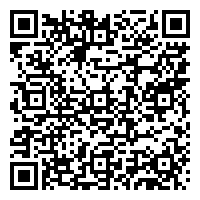