Hezbollah’s supreme leader Hassan Nasrallah vowed on Friday he is willing to personally fight against Syrian rebels, and the next day he had his big chance when it was reported that one of his commanders there was killed.

“If the battle with these terrorist Takfiris requires for me personally and all of Hezbollah to go to Syria, we will go to Syria,” Nasrallah said in a speech on Friday.


The very next day, Hezbollah commander Hossam Ali Nisr was buried in his hometown in Lebanon after being killed in fighting near Damascus, the Beirut Daily Star reported. It was not disclosed when he was killed, but it is known that more than two dozen Hezbollah terrorist fighters died in the battle.

Nasrallah’s speech on Friday was delivered after terrorists who are fiercely opposed to Hezbollah exploded a car bomb in one of its stronghold south of Beirut, killing 24 people and injuring approximately 300 others.

“If you think that by killing our women and children … and destroying our neighborhoods, villages and cities we will retreat or back away from our position, you are wrong,” Nasrallah declared in a rare public appearance.

However Nasrallah, like almost all terrorist leaders, prefers to sit in his comfortable headquarters, where he issues instructions for martyrdom.

The chances of his personally endangering his own life and fighting against Syrian rebels are about the same as his recognizing Israel as a partner for peace. 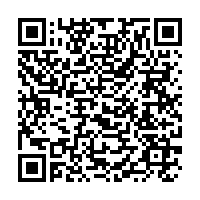