Prime Minister Binyamin Netanyahu delivered a clear message to Jews and the United States on Thursday, the 109th anniversary of the death of Theodor Herzl, the founder of modern Zionism, that there is no peace without security.

“Peace is based on security,” said the Prime Minister. It is not based on goodwill and legitimacy as is believed. It is based, first of all, on our ability to defend ourselves.”


U.S. Secretary of State John Kelly is n Jordan on Thursday prior to talks on Friday and Saturday with Israel and the Palestinian Authority. Chairman Mahmoud Abbas and Netanyahu have made every effort prior to his arrival to justify their positions, and the memorial ceremony for Herzl was a golden gift of timing for Israel.

Kerry is carrying with him the coffin of the peace process that the United States has been treating as a live animal since its inception more than 20 years ago. Netanyahu’s speech emphasized security and did not even hint about the status of Jerusalem or of borders for a Palestinian Authority state.

Prime Minister Netanyahu also cast aside illusions of the international community that satisfying Arab world demands will change attitudes towards Jews and Israel.

Kerry began his 10-day Middle East and Asian junket last Friday, arriving in Doha. Except for India, his stop-off points have been in countries directly related to the Iranian nuclear threat, the Syrian civil war and the Arab-Israel conflict. 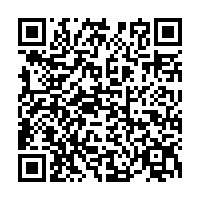