Apparently Holocaust deniers, taking a page from master Nazi propagandist Joseph Goebbels (wait – was he real or a hoax?), just love to hear the same impossible evidence, over and over, expecting it to either become “true,” or have enough people believe it that the truth becomes irrelevant.


The film is available on YouTube. It is a faux documentary which claims to provide “revelatory information debunking the greatest hoax in human history -‘The Holocaust’ — the fraudulent claim that six million Jews were murdered by Germans, mostly in ‘Gas Chambers disguised as Shower Rooms.'”

The film purports to have documented proof that Treblinka was a simple transit camp where many Jews took real showers in order to keep them alive. It also claims there is no evidence of deaths from any gas chambers, and that “Holocaust survivors who gave eye witness testimonies are “fraudulent Jewish witnesses.”

The film claims that bodies shown in footage after the concentration camps were liberated were of people killed by the Allies’ bombing and not by the Nazis, and that “Zyklon B was actually used to save Jewish lives.”

The “Jewish Gas Chamber Hoax” claims that the Holocaust is the “greatest hoax of human history,” and that it is just something used by the Jews to “justify” all the bad things Jews do, such as “destroy people and nations,” and “good ideas.” 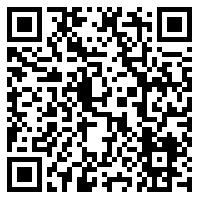