A new independent rabbinical court to address the issue of agunot, so-called “chained women” whose husbands refuse to give them a religious writ of divorce, will be launched next year, the Jewish Orthodox Feminist Alliance announced this week at a conference in New York.

Jerusalem Rabbi Simcha Krauss, a leading Modern Orthodox rabbi and widely respected scholar, will head the court (Beit Din), which will have no institutional affiliation and will begin operating in New York.


Rabbi Krauss told JTA that the court will utilize little-used, obscure resources in Jewish religious law to free agunot, including the ex-communication from communal prayer of their husbands and Sephardic laws that allow for greater initiative from women in divorce cases.

He said he will leave “no door unopened” in his quest to address the plight of agunot.

Eventually, Rabbi Krauss said, he wants to open an affiliate court in Israel. He also is working on attaining approval from the Israeli Chief Rabbinate, which is necessary if the court’s judgments are to be upheld under Israeli law.

“The goal of this project is to humanize the Beit Din,” Rabbi Krauss told JTA. “You can’t solve these situations with sleight of hand. But hopefully we can use the right methodology, so that even these situations get solved.”

He acknowledged that the biggest challenge facing any avowedly independent religious court is mainstream acceptance, particularly within the Hared communities. 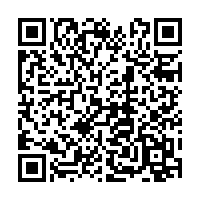