President Barack Obama said Sunday that he will “redouble” efforts to eliminate the Islamic State (ISIS), the same word he uttered last February.

His latest vow comes three days after the President declared in a television interview that he has “contained” ISIS. President Obama  was referring to “containing” ISIS in Iraq and Syria, but the massive ISIS attacks in Paris the following days have come back to haunt him.


A senior administration official tried to fend off complaints that President Obama was talking through his hat, and told news sources:

We, including the President, have said from beginning the fight against ISIL would be long and have both good and bad days.

Friday was not a bad day; it was catastrophic.

Stephanopolous politely but bluntly tried to tell the President hat ISIS actually is gaining strength, but the Commander-in-Chief rejected the idea and insisted:

I don’t think they’re gaining strength. From the start, our goal has been first to contain and we have contained them. They have not gained ground in Iraq, and in Syria they’ll come in, they’ll leave. But you don’t see this systemic march by ISIL across the terrain.

Friday’s coordinated terrorist attacks in Paris proved that ISIS, or ISIL as President Obama likes to call the Islamic State, has marched right into the terrain of Europe.

The White House bragged about U.S.-led airstrikes freeing an Iraqi city from ISIS rule and possibly having killed “Jihadi John.” but the real impact of ISIS is its terrorist infrastructure that obviously is entrenched in Europe and which has reached the United States.

President Obama came bouncing back Sunday at a meeting with Turkish President Recep Erdoğan and vowed to “redouble” efforts to eliminate ISIS. After exceptionally poetic rhetoric, even for him, that the skies have been darkened” by the Paris attacks, the president stated:

We will redouble our efforts working with other members of the coalition to bring about a peaceful transition in Syria and to eliminate Daesh as a force that can create so much pain and suffering for people in Paris and Ankara and other parts of the globe.

Sound familiar? It should.

Here is what President Obama had to say last February, after ISIS posted a video showing a captured Jordanian pilot being burned alive:

Should in fact this video be authentic…it, I think, will redouble the vigilance and determination on the part of a global coalition to make sure they are degraded and ultimately defeated.

It also just indicates the degree to which whatever ideology they’re operate off of is bankrupt.

Polls have shown that American voters are increasingly placing the threat of ISIS attacks near the top of their list of worries.

The Republican party is having a field day harping on President Obama’s empty claim that “we have restrained ISIS.”

Presidential hopeful Rick Santorum directly blamed President Obama for the attacks in Paris and told reporters in Florida on Saturday:

This is delusional. That’s the only way I can put it. … And people are dying because this President refuses to face the truth.

I would say to a war-weary country that if we do not begin to take back ground back from ISIS, we will see war visit us here more dramatically and repeatedly….

The public relations value that the President gives ISIS every day by engaging in a war that he has no intention of winning is what you saw in France yesterday. 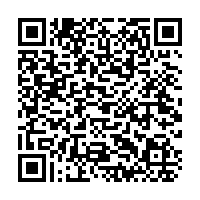