President Barack Obama once again will hold a Passover Seder in the White House, perhaps a bit more serious than year’s National Jewish Democratic Council’s ego-centric desecration of the Four Questions, which his aides re-invented to glorify the Commander in Chief.

After “Preacher Obama’s” revival appearance in Israel, he is likely to take more seriously the Passover Seder tradition this year and is even more likely to come up with his own interpretations and meaning of the Seder.


For a man who had the chutzpah to tell synagogue worshippers in Florida during his 2008 presidential campaign that he is “blessed,” as indicated by his name “Baruch” that he said means “Blessed” in Hebrew, he will have no trouble in skipping over 2,000 years of Talmudic study of the Exodus of the Jewish People that led us to Mount Sinai and eventually to the Land of Israel.

Somehow, he will dig into the deeper meaning of Passover and declare that God brought the Jews to Israel to divide the homeland and give most of it to the Palestinian Authority, whose Muslim clerics also have done a nifty job of rewriting ancient Bible. According to them, the Binding of Yitzchak (Isaac) is the wrong version, and it was Ishmael who was bound. If you believe that, then of course the Holy Temples never existed and the Western Wall was Mohammed’s hitching post.

The problem with President Obama’s annual Seder ceremony, as evidenced by his “I believe” Hallelujah speech in Jerusalem, is that he truly does believe he knows better than anyone else, certainly better than Israelis, better than Arabs and better than Talmudic sages.

We would be better off if he were to run a repeat performance of last year’s travesty, when the “Four Questions, designed to educate Jewish children about the Seder, turned into a mockery of the president’s intelligence.

Commentary Magazine’s Jonathan Tobin wrote last year, “Passover is the occasion for Jews to remember their liberation from Egypt and to embrace not only the gift of freedom but also the ability to worship God and His laws as a people.

”While Seders are appropriate moments to remember those in need as well as other Jewish communities — such as that in Israel — which are assailed by foes, it is not the time to be delivering obsequious paeans to American politicians, no matter which party they belong to. That sort of absurd distortion of the festival of freedom bears a closer resemblance to idol worship than it does to Judaism.”

President Obama is not paying any attention to Tobin. In his pre-Passover sermon at the Jerusalem Convention Center last Thursday, he said, “The Seder… is a story about finding freedom in your own land. For the Jewish people, this story is central to who you have become. But it is also a story that holds within it the universal human experience, with all of its suffering and salvation. It is a part of the three great religions – Judaism, Christianity, and Islam – that trace their origins to Abraham, and see Jerusalem as sacred….

“To African-Americans, the story of the Exodus told a powerful tale about emerging from the grip of bondage to reach for liberty and human dignity – a tale that was carried from slavery through the civil rights movement.”

After invoking a quote by Martin Luther King relating to Moses and Joshua, President Obama continued to the next obvious step – the Palestinian Authority.

President Obama’s inevitable reference to the Palestinian cause when he sits down for his version of the Seder with 20 chosen guests this week will be accompanied by everything that is totally the opposite of the message of the Seder, and that is materialism.

The matzah is the simplest of foods, unleavened bread. Jew lived on Manna during their sojourn in the desert. No cheeseburgers, no ice cream and not even meat, except for the plague that swept the Jews when they demanded meat and the quickly became sorry for what they wished. 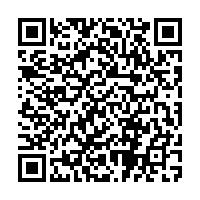