Rabbi Chaim Yeshayahu Hadari, the first Rosh Yeshiva of Yeshivat HaKotel passed away on Wednesday morning at age 84, after being hospitalized in critical condition earlier this week following a fall at home.

In the summer of 1967, immediately following the liberation of Jerusalem, Rabbi Hadari was appointed dean of Yeshivat HaKotel, which was founded by Harav Aryeh Bina.

Rabbi Hadari was born in Tel Aviv in 1933 and studied at the Hevron Yeshiva in Jerusalem.

In 1955 he was wounded critically by a grenade blast and fell into a coma, at which point he was given his second name, Chaim.

In March 1957 he married Neoomi Rakover, daughter of Chaim Rakover and the granddaughter of Simcha Mandelbaum. 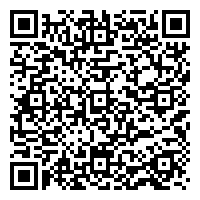