Editor’s note: Last Wednesday, Rabbi Yechiel Eckstein, founder of the International Fellowship of Christians and Jews, passed away suddenly from a heart attack at age 67. Rabbi Eckstein, a musmach of YU, raised over $1.5 billion for charitable causes in Israel and abroad since his organization’s founding in 1983, mostly from evangelical Christians.

In a statement upon his passing, Israeli President Reuven Rivlin said Eckstein’s contribution to the Jewish people and State of Israel “will be felt for generations.”

It is neither pleasant nor easy to say goodbye to an old friend. My world became a lot lonelier last Wednesday afternoon when Yechiel Eckstein departed this world for his heavenly reward. Reflecting on the loss is most of what I have been doing since then.

I am not going try to summarize Yechiel’s remarkable life; that was competently accomplished by Zev Chafets in his outstanding 2015 biography, The Bridge Builder: The Life and Continuing Legacy of Rabbi Yechiel Eckstein. Instead, I will merely think aloud about the good turn Rabbi Eckstein did me for which I will be ever grateful.

Do you know how cyclists achieve speed records? They ride behind a high-speed truck fitted with a huge wind deflector. Using the full power of its thundering engine, the truck speeds just ahead of the bicycle. Shielded from the wind and fury, the rider pedals away in a tranquil wind shadow.

Yechiel was my wind shield. We Jews, like other people, often succumb to the seduction of driving with our eyes glued to the rear-view mirror. We diligently dodge the dangers of yesterday while blithely ignoring the threats of tomorrow. It’s true that Christian theology spilled much Jewish blood over many centuries. But today Jewish blood is being spilled by murderous Muslims encouraged by a radical secularism that is hostile to people of faith and the State of Israel. Today, Christians are the victims, not the oppressors. Yechiel saw all this over 30 years ago.

Unaware that Yechiel had preceded me by eight years, I formed an alliance of Jews and Christians in 1991. Contradicting centuries of conventional wisdom that insisted Christians were our implacable foes, my work was not without controversy. However, as painful as the assaults I endured from my fellow Jews were, they were as sprinklings of confetti compared to what was inflicted upon Yechiel.

No prominent roshei yeshiva vilified me, no kollel minyan ever boycotted me, and no halachic authorities called for my excommunication. These and many more indignities were regularly heaped upon Yechiel, causing him almost unbearable distress, distress he nearly always kept concealed.

He absorbed much of the fire and fury aimed by those who were determined to see Christians as the enemy. By the time I came along and insisted that the problem we Jews faced was not Christians but, in fact, a secularism that was seducing our youth and emboldening radical Islam, I was able to operate in a relative wind shadow. Yechiel was my wind shield.

During the occasions we spent together, I came to admire three of Yechiel’s uncommon qualities. First, he was an ohev Yisrael; he genuinely loved Jews – all Jews. He even loved those who cast slurs and insults at him after accepting his gifts. When chatting with me about these sad but not infrequent occurrences, the most he allowed himself was a rueful smile at the all-too-human failings of these religious leaders.

He not only never hated these men who had hurt him; he actually loved them. Or to be more accurate, he behaved as if he did. And isn’t that what counts? He conducted himself with love and concern toward all he came into contact with. Jew and Christian, employee, associate, donor, or beneficiary – all felt that Yechiel was genuinely interested in them and really cared about them.

The second characteristic I appreciated about him was his generosity. The kind of generosity that was part of Yechiel’s makeup doesn’t fit well with small-mindedness. He never saw other organizations as enemies, and, in my presence, he lavished largesse on a certain group that was actively trying to undermine his relationship with a well-known Christian leader.

No, he was never small-minded. Yechiel encountered several circumstances in which he could have revealed the names of those institutions that were eagerly enjoying his support while publicly denigrating him. Newspapers were eager to encourage a “war of the rabbis” and urged him to publicize the hypocrites. “I considered putting an ad in the paper with the list,” said Yechiel, “But I decided not to. It would have been petty.” And Yechiel was never petty.

Third, Yechiel was a courageous man. The default condition for human beings is cowardice, not courage. That’s why Moses, Joshua and Solomon were adjured to be courageous. It doesn’t come naturally. Friendship towards evangelical Christians was not a popular posture in the Jewish community prior to 9/11. Despite possessing the intellect as well as the cultural adroitness to speak out of both sides of his mouth, he never did. Eckstein never ducked the issues. He was exactly who he was with no apologies and was always willing to engage in discussion or debate.

He was devoted to truth and suffered real pain at the skullduggery practiced by many he considered friends. I don’t think he ever understood how people were able to turn their backs on years of friendship for the sake of political expediency. He was a courageous man so he never could understand cowards.

History has long proved Yechiel Eckstein correct. That Jews and the State of Israel have mortal enemies is without doubt. That for the most part, Christians are philo-Semitic and stand with Israel is equally certain. It is indisputable that the warmth felt towards Jews and Israel by millions of gentle Christians – for the first time in two millennia – owes much to Yechiel Eckstein.

May our belated appreciation serve him well in the World of Truth he now occupies. 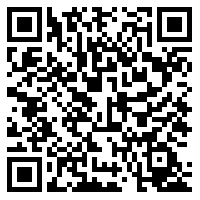