After the War of Independence, where he served as Intelligence officer, Lubrani became the secretary of Foreign Minister and briefly Prime Minister Moshe Sharett. He later was appointed advisor on Arab affairs to Prime Minister David Ben-Gurion, and worked to integrate the Druze community into the IDF.


In 1963, Lubrani replaced Yitzhak Navon (later Israel’s fifth president) as chief of staff for Prime Minister Ben-Gurion, and was the first to hear from him about his intention to resign (over the Lavon Affair – a failed espionage and sabotage mission in Egypt).

In 1964, Lubrani was appointed Israel’s ambassador to Uganda, where he developed ties with then deputy chief of staff of the army Idi Amin.

In 1968, he was appointed Israel’s ambassador to Ethiopia and concentrated Israeli aid efforts there. Later, in 1990, he headed the diplomatic contacts between Israel and Ethiopia that led to Operation Solomon, which brought home to Israel thousands of Ethiopian Jews.

In 1973, Lubrani became Israel’s ambassador to Iran, where he developed close ties with the Shah Mohammad Reza Pahlavi. Lubrani was among the first officials to warn well in advance that the end of the Shah’s regime was imminent. He was replaced by Yosef Hermelin in 1978 for a very short time just before Iran’s Islamic Revolution.

Between 1983 and 2000 Lubrani served as coordinator of government activities in Lebanon. He also headed the Israeli delegation to the negotiations with Lebanon during the Madrid Conference of 1991.

After the IDF withdrew from Lebanon in 2000, Lubrani served as an advisor to the defense minister. He remained in this role until 2010, when he became advisor to the Minister for Strategic Affairs, Moshe Ya’alon.

Is There an Occupation? 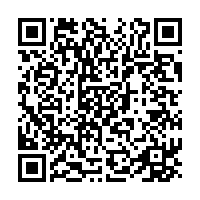