“You don’t need an elephant to teach the color grey, but the kids certainly won’t forget it if you do.” This statement provides a taste of the philosophy and passion that animated the life of my father, Rabbi Menachem Rodal, ob”m. Over his four decades in education, he used nature and animals to awaken his students’ interest in, and excitement for, nature and, more importantly, our Creator in heaven.

As his first yahrzeit approaches on April 13, I pause, as I have so many times over this past year, to think about this giant of a man I called “Tatty” for 37 years. How can I encapsulate such a personality in a short article? My father was a unique and special individual. With my mother constantly at his side, guiding and channeling his energies in so many different ways, he impacted tens of thousands of people despite his life being cut so short.

His attitude and approach could best be summed up as “emet” and “shalom.” He was extremely honest and truthful, yet loving and caring in the way he dealt with himself, his family, others, and the world around him. I feel the need to write about my father since there is so much to learn from him. As I strive to live up to his values, I know that he stood for everything that is right and proper in this world.

He harbored unconditional love for every one of G-d’s creatures. Thousands knew him for his never-ending and always-present jokes and sense of humor. Yet, what people probably never considered was “Why?” Why was he always sharing jokes? Humor was his way of bridging any gap and making everyone feel at home, brightening his or her day. He would relay jokes to the greatest academic as he would to a child. If you didn’t get the joke, he would patiently explain it to you so you wouldn’t feel bad.

Rabbi Menachem Aaron HaKohen was a true lover of peace. It hurt him – almost physically – to see argument and strife. He took pains to greet and get to know those who were overlooked by others. Our Shabbos table was filled with guests, including those who would not have been invited to a meal if not for my father. My father would say that he especially loved “back-of-the-shul Jews” – those who did not feel comfortable or welcomed enough to leave the back wall of shul.

I heard hundreds of stories about my father during shiva. One man – who, judging from his manner of dress, was clearly not the most popular person in shul – told me he felt so special that my father had given him the time of day, and asked me in a lament-filled voice, “Who will speak to me now?”

To my father, each conversation was a meaningful and real interaction, cementing the bonds of connection. As a kid, I would be exasperated that he had to stop and speak with every employee at the bakery before we could leave. That it would take us forever to walk down the street as he shared a joke, a good word, or a Torah thought with passersby. My father’s dedication to my mother and us children was legendary. Each one of his 11 children viewed themselves as having the unique connection with him. For such were his interactions with people – filled with meaning, depth, humor, and love.

Humble, unassuming, and selfless are qualities my father stood by and lived with. With absolutely no airs about him, he had no problem getting on the floor to give his grandchild a ride or talking to someone at his or her level. In his interactions with people and the world around him, he emulated the exhortation in Pirkei Avot to “be like a student of Aharon HaKohen, to love peace and chase peace, to love briyot and bring them closer to the Torah.”

Rabbi Rodal’s relationship with Judaism was simple and straightforward. He did the right thing with joy and dedication. He served G-d by doing mitzvot, and enjoyed learning and teaching Torah, especially understanding and delving into the simple explanation of Chumash and Rashi. He would regularly ask questions of his own children and students and discuss and delve into each answer and include his own novel ideas. My father was a chassidic Jew with his own original approach. He was completely dedicated to the Lubavitcher Rebbe and strived to live up to the Rebbe’s ideals.

His dear wife, children, in-laws, grandchildren, students, and friends were all impacted by, and will deeply miss, this truthful, loving, and unassuming – yet giant of a man.

Editor’s note: The Jewish Press will be running Rabbi Rodal’s jokes in the paper starting next week. 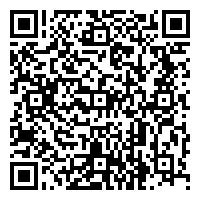