The British theoretical physicist Stephen Hawking has passed away at age 76, on Wednesday, in his home in Cambridge, England.

Hawking was diagnosed in 1963 with Amyotrophic Lateral Sclerosis (ALS) also known as Lou Gehrig’s disease, and at that time was told he had only a few years to live. His physical illness did not affect his brilliant mental acuity, and he became the leading physicist exploring the concept of black holes.


He discovered what is now known as Hawking radiation, which is the radiation theoretically predicted to emit from black holes near their event horizon.

He later boycotted Shimon Peres’s Israeli Presidential Conference in 2013 where he was to be the keynote speaker, after being influenced and manipulated by a group of anti-Israel academics. He was highly criticized for that mistake in judgement.

The most famous book he wrote was “A Brief History of Time”, published in 1988.

Stringing You Along with Kabbalah – The Science of Kabbalah [audio]

Yet Another Jewish Org Poised to Honor a BDS Enthusiast (video) 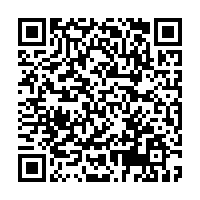