Commenting on the encyclopedic brilliance of a bygone era of university professors, Princeton University historian, Peter Brown, once quipped, “Before there were computers…there were Germans.”

In the two weeks since the passing of my teacher, the legendary Professor Yaakov Elman of Yeshiva University, I’ve found myself returning often to this observation. Many students and colleagues reflecting on Dr. Elman’s life have used the word “iluy,” meaning “genius,” to describe him.


Surely his deep mastery in nearly all facets of Torah, and his expertise in an astonishing range of fields ranging from Italian Renaissance thought to Zoroastrian ritual law, qualify him for the title. But one should not be misled into appreciating his extraordinary intellectual ability merely for its computer-like comprehensiveness.

After all, a computer’s eyes don’t twinkle.

That Yaakov Elman should become one of the most renowned Jewish historians on the planet was not only unlikely, but earlier in his life would have seemed downright absurd. He spent his formative years as a young man studying closely with R. Yitzchok Hutner, for whom Dr. Elman reserved unique reverence. After earning his degree from City College in meteorology, he took a job in New York as a weatherman.

In subsequent years he became the proprietor of the Solomon Rabinowitz Hebrew Book Store on Canal Street in New York. There is no “official” version of what transpired next, but one thing led to another, and he soon found himself – at a relatively advanced age as far as these things go – with an M.A. in Assyriology from Columbia University and a Ph.D. in Talmud from New York University.

He would eventually become a member of the faculty at Yeshiva University, and publish major studies spanning essentially the entire gamut of Jewish history.

Suffice it to say that Dr. Elman’s career path, like everything else about him, was atypical. His interests were atypical; his health was atypical – when I met him as an undergraduate in Yeshiva College he had survived a horrific car accident and was teaching himself to walk again. Even his students were atypical.

His two most prized pupils were his doctoral students Shai Secunda, now of Bard College, and Shana Strauch Schick, now at the University of Haifa. Secunda came to study with Dr. Elman after discovering his work while learning in Yeshivas Ner Yisroel. Schick became the first woman to receive a doctorate in Talmud from Yeshiva University.

In fact, one way of looking at Dr. Elman’s prodigious scholarship is as an exercise in exploring the atypical. Take for example the work for which he is best known: his pioneering studies in Irano-Talmudica, a field – which he completely revitalized – that seeks to situate the Talmud Bavli in its broader historical and intellectual context within the Sasanian Persian empire in pre-Islamic Iran. In several essays Dr. Elman noted some of the Bavli’s idiosyncratic features that distinguish it from earlier rabbinic literature. These include its theology of suffering, its beliefs about demons, its preoccupation with the way in which oral teachings are transmitted, and more.

What made the Bavli so different? For Dr. Elman the answer lay in the Bavli’s atypical context. Of the major rabbinical works of late antiquity it was the only one to develop in the Sasanian Empire, in which Zoroastrianism was the dominant religion. Over the course of about a decade and half Dr. Elman would argue for this as a signal factor in the Bavli’s unusual nature.

But there was so much more to Dr. Elman’s oeuvre than a mere fascination with the uncharacteristic. His scholarship had a purpose.

“I come from a long line of shul rabbonim,” Dr. Elman would often joke. “No one ever asked us to be roshei yeshiva.”

Beneath the playful surface of this remark lay a methodological point. By “roshei yeshiva,” Dr. Elman in this case had in mind masterful abstract thinkers who could weave together Jewish literature throughout the ages into a single, seamless whole. He valued this pursuit in its own right, but it was not where his interests lay. Instead, he took what could be described as a pastoral approach to Jewish scholarship.

He cared about the unique personal circumstances that shaped each of the great thinkers of Jewish history. More importantly, he marveled at the ability of these thinkers in each generation to creatively, lovingly, distinctively reshape the traditions to which they were heir. He was interested, in short, in understanding the sages of Jewish history as individuals.

This animated nearly every aspect of his work.

In the ‘90s, for example, Dr. Elman authored a series of articles on the landmark contributions by the famed Babylonian Talmudic sage, Rava, to the history of Jewish thought on the problem of human suffering. A decade later Dr. Elman would pen another series of studies further exploring Rava’s influential career – from his crafting a theoretical approach to rabbinic principles of Biblical interpretation, to his deftly leading a wealthy, acculturated Jewish community in the important Persian suburb of Machoza. As Dr. Elman emphasized in a variety of contexts, the Bavli as we know it was shaped irrevocably by Rava’s particular interests, style, and methods.

While the writing for which Dr. Elman is best known deals with the Bavli and his hero, Rava, he trained his penetrating gaze upon countless other major thinkers as well. In his essays on R. Zadok ha-Kohen of Lublin, for instance, Dr. Elman marveled at the radical creativity exemplified by the giants of the intellectual Polish tradition of chasidut.

But far from entailing rejection of tradition, creativity materializes in Dr. Elman’s work as a conservative force sanctifying and bringing glory to tradition. His perspective on the Maharal of Prague, for instance, is instructive. On the one hand, he confirms the standard picture of the Maharal as arch-defender of ancient rabbinic tradition. But on the other, he notes that the Maharal’s weapons of choice in this effort were drawn from his 16th-century Renaissance context, blending kabbalah along with Platonic and neo-Pythagorean philosophy.

His traditionalism, in other words, was absolutely cutting-edge. In fact, Dr. Elman identified this element of the Maharal’s work as deeply influential on his own dear rebbe, R. Hutner, whose magnum opus – Pachad Yitzchak – he understood as an innovative and ingenious attempt to grapple with the legacy of modernity.

In sum, Dr. Elman saw individualism, creativity, and authenticity as core virtues for thinkers who would undertake the task of perpetuating and enlarging the world of Torah.

In 2011, Dr. Elman contributed an essay on R. Menahem ha-Meiri, one of the legendary rishonim of Provence, to a volume honoring David Berger, dean of Yeshiva University’s Bernard Revel Graduate School of Jewish Studies. The essay treats the Meiri’s well-known, but extraordinary position on the halachic status of non-Jews belonging to other religions.

Several months before publishing the essay, he sent me a copy with the following note: “The point of the Meiri paper is to show that personal experience is an important part of intellectual history, if we can only tap into an individual thinker’s life.” When I re-read this email in the wake of his passing, I cried.

Psychologists and historians of religion long ago learned to scoff at the idea that we can really get inside the head of a believer – to experience what they experience; to understand religion from the inside, as it were. The notion that we might be able to access the inner-workings of some sage long dead would seem positively alien. Yaakov Elman, of blessed memory, defied this skepticism with every fiber of his being.

He did feel, to be sure, that he had the weight of evidence on his side; his arguments did not technically require belief in anything beyond scientific precision. But anyone who knew him knew that there was more to it than that.

Lord knows the Jewish people have survived and thrived for 2,000 years not on account of chariots and horses – not by our power, nor the might of our own hand – but on the nourishment of Torah. And in each successive generation, with its fresh challenges and opportunities, the Torah must once again be replenished. The Jewish people stand as living, breathing testament to centuries upon centuries of this continued effort. We are the literal embodiment of the creative genius of Moshe Rabbeinu, Rava, Ramban, Maharal, R. Zadok, R. Hutner, and so many others. They are a part of who we are.

For Dr. Elman there was no question that we can, indeed, tap into the lives of these great thinkers. The only question was whether or not we chose to do so. And choose we must, for the very future of our people as a continued source of fresh, creative, traditional thinking for a changing world, depends upon it.

May his memory – and his legacy – be a blessing. 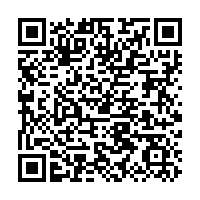