For decades, service in the Israel Defense Forces has been an important rite of passage for Israeli youth and a launching pad for social and professional success. But young adults on the Autism Spectrum were unable to take advantage of this crucial and transformative experience until a forward-thinking program developed new ways for these recruits to enter service, and opportunities that benefit the entire Jewish State.

Known as “Roim Rachok” (literally “looking beyond the horizon”), the innovative program allows young adults with “high functioning” Autism — also known as Asperger’s Syndrome — those who have above-average intelligence but struggle with social interaction and communication, to join the IDF as volunteer soldiers. Using their unique abilities of spatial intelligence and visual perception, these young cadets make valuable contributions to Israel’s most sensitive security operations.


Thanks to Roim Rachok, Pvt. E, a young man on the spectrum who never thought he would be able to join the army now serves in a sensitive intelligence unit. Though he struggled with certain social situations and was often easily distracted, the skills he gained from the program allowed him to secure a position working in software quality assurance, accomplishing what he and his family previously deemed impossible.

The brainchild of Tamir Pardo, the former head of the Mossad, and his retired colleagues, Tal Vardi and Leora Sali, Roim Rachok empowers young men and women on the Autism Spectrum, teaching them basic life skills and preparing them for Israel’s job market through extensive training and invaluable security experience.

“I knew this program had potential because it taps into their strengths, specifically intense focus for extensive periods of time and strong visual capabilities,” says Sali, who understands this from her own experience as the mother of a son on the Autistic Spectrum. “I first became involved in this out of personal motivation, but I have moved on to a broader goal – to do something that has an impact on others.”

In order to ensure the greatest impact, Roim Rachok enlisted the help of the organization ‘Beyond the Horizon’ and Ono Academic College to train both the recruits and the IDF commanders, most of whom have little experience interacting with individuals on the spectrum.

Ono Academic College provides Roim Rachok with access to a full faculty of health professionals, including occupational and speech therapists, which also enables the students to work with Roim Rachok for their practical experience.

During the first three months of the program, the pre-army training takes place at Ono Academic College, where a team of military specialists and health professionals, including speech, occupational and emotional therapists and psychotherapists, teach the recruits how to communicate with their commanders, make presentations in public, write a polite email, and travel using public transportation.

Throughout the course, the curriculum focuses equally on technical and socio-emotional training, preparing recruits to work with others in a professional setting. The training continues for three more months at an army base to ease the recruits into their new surroundings.

Once the training is complete, the new soldiers are accompanied by an occupational therapist and a psychotherapist who provide guidance to the cadets on the spectrum, and to their commanders and colleagues.

“Commanders have told me that working with autistic soldiers has made them better commanders and better human beings,” says Sali. “They say they are better able to accept others, with their strengths and weaknesses, and develop more patience and sensitivity, which affects their relationships with all soldiers, not just the ones on the spectrum.”

Back in 2013, the program’s first group was trained to scan aerial photographs for suspicious activity, a role that requires great concentration. The recruits’ success in this area led to the growth of the program, which now prepares the teens to work in software quality assurance, information sorting, electro-optics and various tasks for the air force and intelligence.

Once they reach age 21, individuals on the spectrum are usually burdened with the challenge of fending for themselves following the cessation of state-funded programs and assistance. Roim Rachok provides its graduates with a soft landing that includes a network of friends, a toolbox of life skills, a greater sense of belonging in mainstream Israeli society, and a professional future.

“A number of companies have expressed interest in hiring our graduates. And for the first time, they are able to decide what they do and how they do it,” says Sali. “There is a ripple effect, and this program touches more than just the recruits – it impacts their extended families and their entire neighborhoods. It’s a change in Israeli society, and we’re part of that.”

Bar-Ilan U. & Mifne Center Show Autism Can Be Detected in First Year of Life 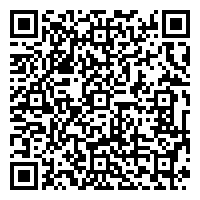