As Israel turns 64, campuses across the country are throwing major birthday bashes in honor of Yom Ha’atzmaut.


Whether opening hookah bars on campus, giving out free falafel, renting camels or creating a Tel Aviv beach party on the quad, Yom Ha’atzmaut on campus is something not to be missed. But Jerusalem Online University (JOU) has spearheaded a new sort of birthday celebration that is educational as well as fun. JOU is throwing a movie party to celebrate Israel’s birthday.

In honor of Israel’s 64th birthday, JOU is premiering the movie ‘Israel Inside’ in 64 locations. The screenings began on Wednesday night and continue through the day on Thursday.

Rather than the typical movie about Israel that discusses politics, conflict and violence, ‘Israel Inside’ tells the story of the Israeli people whose resilience has propelled Israel to the forefront of world innovation and progress.

“There seems to be no limit to the amount of bashing Israel receives, be it on television, in the newspapers or online,” ‘Israel Inside’ Associate Producer and Director of Film Distribution David Coleman told Israel Campus Beat. “On top of that, Jewish students on campuses across the country have to face often overt hostility to anything related to Israel from their professors, from student groups and at campus demonstrations.

“Realizing how difficult it was for anyone to present Israel and its people in a positive light was exactly the inspiration for ‘Israel Inside,’ Coleman stated.

The 55-minute film, hosted by former Harvard lecturer Dr. Tal Ben Shahar, explores the core strength of Israelis that has enabled them to succeed against incredible odds.

“Each year as Yom Ha’atzmaut approaches, many communities and individuals around the world look for ways to appropriately celebrate Israel from afar,” Coleman said. “This film, which makes no mention of politics, provides a perfect platform to celebrate the miracles and splendor of Israel and its people. We felt it would have been a waste not to share this message with others on a day dedicated to celebrating Israel’s individuality.”

The film will also be shown in the coming months as part of a college screening campaign in partnership with StandWithUs and Hasbara Fellowships.

“In a time when Israel is increasingly viewed solely in terms of the negative connotations of the Israeli-Arab conflict,” Coleman concluded, “this film gives today’s Jewish Americans plenty to be proud of the State of Israel and its vast accomplishments on such a special day.” 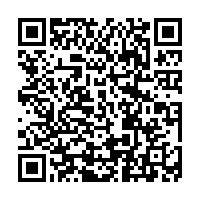