A research group led by Prof. Yael Roichman at the Tel Aviv University School of Chemistry, School of Physics and Astronomy, and Dr. Shlomi Reuveni, School of Chemistry, developed a first-ever experimental setup for stochastic resetting in a controlled laboratory environment and found the limits of the energetic cost of resetting. The study was published in the Journal of Physical Chemistry Letters.

According to the researchers, stochastic resetting is the sudden and random interruption of an ongoing process for the purpose of starting it anew.


Due to its many applications in statistical, chemical, and biological physics, there is a surge of interest in stochastic resetting.

Resetting can significantly facilitate chemical reactions since diffusion is the primary mode of motion of molecules and other small particles that are suspended in fluids.

Prof. Roichman and Dr. Reuveni note that despite a long catalogue of theoretical studies dedicated to diffusion with stochastic resetting, there was surprisingly no attempt to experimentally study this process in a controlled laboratory environment. “We developed the first experimental setup that allows the study colloidal particle diffusion and resetting via holographic optical tweezers.

In an email exchange with JewishPress.com, Roichman further explained that although their work is certainly on its way to places where ‘no man has gone before,’ the technology is not quite ready to beam anything up.

“Optical tweezers, which are the instrument we use to translate the particle back to the origin each time it is been (sic) reset, are similar to tractor beams,” Roichman told JewishPress.com. “This is because in optical tweezers laser light is used to trap and move small particle.

“However, tractor beams are also capable of moving particle (sic) (or spaceships) in, towards the light source. We did not use such beams in this case,” she added.

The researchers note their study sheds light on realistic, and grossly overlooked, aspects of stochastic resetting.

“One such aspect is the energetic cost of resetting. One expects that the latter would gradually vanish as resetting is performed less and less frequently, but we discovered that the energetic cost is bounded from below and that it cannot be made arbitrarily small because of fundamental constraints on realistic resetting protocols.

“The methods we developed open the door to future study of resetting phenomena beyond simple diffusion of a single particle. Particularly interesting in that regard are multibody systems with interactions that can also be realized with our setup,” they said. 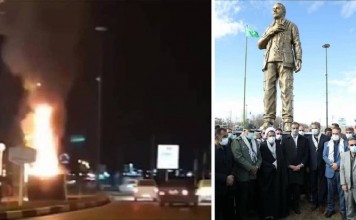 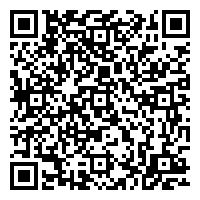