When Joanna Lieberman was preparing for graduation from Cornell University five years ago, her career options were unsettling. Dreaming of a job in the hospitality industry but lacking a degree in the field, she realized she needed hands-on work experience before pursuing a full-time position. Lieberman, along with thousands of other American college graduates, turned to Israel’s growing employment market for an answer.

“People are realizing the opportunities in Israel to get hands-on career experience in industries that are doing cutting-edge work,” she said. “Israel is known for its booming tourism industry and it seemed like the perfect place for me to test out working in the field.”


Lieberman’s hands-on work experience came from working with Career Israel, Masa Israel Journey’s five-month professional internship program that allows college graduates to explore their fields of interest. In addition to a life spent embracing her Jewish heritage, she points to her involvement with Israel-on-campus activities as a driving factor behind moving to Israel after she graduated. Participating in her Hillel’s Israel activities, she said, kept her feeling connected to the country.

Lieberman’s story is far from uncommon; since 2008, more than 2,600 graduates have taken internship positions in Israel with Masa Israel’s rapidly growing program. It’s no surprise that students are looking to Israel for career opportunities, in light of the ongoing weak domestic job market in the US. A recent Associated Press report found that more than half of America’s recent college graduates are unemployed or working in jobs that do not use their skills.

“As students and recent graduates continue to face a difficult job market, they are looking for ways to continue developing their career and also to stand out,” Masa Israel Director of Communications Miranda Bogen said. “Coming to Israel on internship and even volunteer programs offers them international professional experiences that are usually much more substantial than entry-level positions in the US.”

Between the underwhelming number of job opportunities at home and a love for Israel, the decision to work in Israel has been easy for some recent college graduates, including University of Florida graduate Robert Yanks.

Yanks was bitten by the Israel bug after he went on a Taglit-Birthright Israel trip organized by his school’s Hillel. Being surrounded by his classmates in Israel not only solidified his love for the country, but also landed him a job offer in Israel. A friend Yanks met on Birthright put him in contact with internet-startup company Moolta, and soon after he was hired as its regional marketing director.

“I wanted to choose a job in Israel to experience a different way of living and to travel before life became too hectic,” he said. “I think it’s amazing what the country has accomplished; it’s almost a miracle in the middle of a desert. Just being able to support the country by living here may have made my decision to come a little easier.”

Yanks is three months deep into his Israel stay and will return to the U.S. in November to launch domestic marketing initiatives for the company. He says his work in Israel has broadened his professional knowledge while simultaneously allowing him a living experience unlike any other.

“There’s a different feeling here unlike any other country I’ve been to and that’s what makes Israel so appealing to the American student,” Yanks said. “I think the main reason why students take jobs in Israel after college is because it’s so easy to fall in love with the country and its people. Life moves at a different pace here. People of Israel know how to truly appreciate everything around them, and they all realize that nothing is simply given.”

Unlike Yanks, who realized his interest in Israel toward the end of college, Illinois State University graduate Tess Sevelow-Lee made her Israel decision early on during her extensive Israel-on-campus involvement.

An active StandWithUs campus leader, Sevelow-Lee spent her college career creating and distributing an ‘Israel 101’ presentation which teachers and faculty used to introduce Israel to Jewish and non-Jewish students.

“My involvement in college was the catalyst for my move,” she said. “I realized that while I was in the States, just talking about my love for this country wasn’t enough, I needed to be here.” 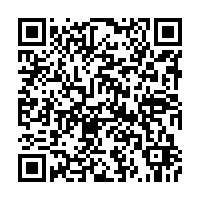