Morgan Freeman, who appeared as God in the hit film “Bruce Almighty,” and Nelson Mandela in “Long Walk to Freedom,” visited the Western Wall on Sunday and met with the Kotel Rabbi, Rabbi Shmuel Rabinowitz. Freeman is on a Middle East tour researching his next series, “The Story of God.”

“The story of God is one of the greatest mysteries and most important ideas in the world,” Freeman said, adding, “for me, this is a personal and enduring quest to understand the divine, and I am humbled by the opportunity to take viewers along on this incredible journey.”


Freeman arrived in Israel from Egypt, where he shot scenes for the new series in Cairo and near the Pyramids of Giza.

Israel is being blessed this season with A-list celebrity visitors. Sean Penn will be arriving as the guest of the Israeli humanitarian aid organization IsraAID. He will speak at a conference about reconstruction efforts in Haiti after the 2010 earthquake.

And comedian Jerry Seinfeld is expected in Tel Aviv December 19, as part of his world tour.

At this point, even if Roger Waters wanted to show up in Tel Aviv, he might not find an unbooked venue… 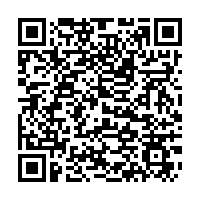