So I’m staring down the barrel of Israel’s lethal new state-of-the-art Tavor assault rifle.  Feet planted firmly, I can hear my breath and the wind blowing small rocks around the hem of my skirt.  It’s  me and the ruthless terrorist just meters away, and as I carefully squeeze the trigger, I’ve got him!  Right in the stomach!   Malkah, ruthless Jewish warrioress, has protected her clan, saved the country, and is now headed back to the benches where she will distribute juice and snacks she brought from the car.

Because it’s shooting range day with the staff of The Jewish Press online.

Part team building exercise, part reward for all the hard work we put into sharing news and views with you fine readers, we made the journey to the Caliber 3 training facility and firing range in the hills of Judea.

And though we expected to learn how to handle weapons and hone self-defense skills with some awesome Chuck Norris lookalikes, we did not anticipate receiving the touch which would place the mantle of the heroism of Israel on our own shoulders.  And I did not expect to have one of the most moving days of my life.

The day began simply enough – a little bit of ‘petel’ (think bug juice from camp), some sun screen, and a range all to ourselves with Shai Ish-Shalom, one of the expert trainers at Caliber 3.

Sounding more than a little bit like Topol but looking like he could bench press our hatchback, Ish-Shalom introduced us to the theory and the art of using guns for self-defense.  With calm coolness, patience, and humor, he discussed the use of guns to protect your home or community, and the necessity of exercising gun safety.  He introduced us to weapons some of us knew from our days in the army, others from our days in the yishuvim of Samaria, and others just from the movies.

Ish-Shalom is not just an expert. He’s the expert who trains the experts.  And as we laughed and listened, and got ready to take our turn against the targets, he inadvertently blew my mind.

Discussing his own illustrious military and security history (and leaving out all details, as one would expect), which has seen him operating in the defense of Jews on the highest levels and for the highest levels, he mentioned his participation in Operation Thunderbolt, the 1976 operation to free Israeli hostages from a hijacked Air France plane in Entebbe, Uganda.

In that moment, I froze, my jaw agape (those of you who know me know that my jaw hanging open is not THAT newsworthy, but personal digs aside).

I am a pretty regular Jewish lady, for all I can tell.  I have a husband, two kids, and am constantly trying to figure out how to be done with the laundry.  Yes, I made aliyah, yes, I live in eastern Jerusalem, yes, I once stole the mezuzah off the doorpost of a Jews for Jesus office in Tel Aviv (that’s a whole other story), yes, Shai says I look like Bar Refaeli (truer words have never been spoken), but other than that, I’m pretty normal.

But as a true-to-the-core Zionist and lover of all things noble and proud (I did grow up in Texas), I was shocked and humbled to be in the presence of someone who participated in what I perceived to be one of the greatest feats of Jewish heroism in the modern era, and a hallmark of Jewish familihood and survival.  The rescue operation, planned in 48 hours, comprising 100 commandoes led by Sayeret Matkal special forces commander Yonatan Netanyahu, the 90 minute operation not only saved the lives of all but 4 hostages (unfortunately costing Yoni’s own life, too), but in its success filled the wellsprings of Israeli pride and brotherly love.  The risk those young men took, the daring and ingenuity they displayed in order to bring home the mothers, fathers, sisters, brothers, wives, husbands, daughters and sons, was not only heralded throughout the country at the time, but stands now as an iconic representation of fundamental Israeliness.

Which meant not only was I being treated – even if only for a couple hours – as a real student of as righteous, as decorated, and as skilled an Israeli soldier as I may ever have the hope of meeting, I was also coming eye to eye, trigger to trigger, with the Real Israeli. 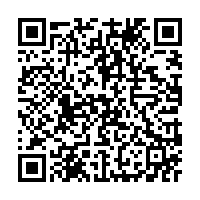