Jedidiah Murphy has spent the last 15 years on death row in Livingston, Texas.


Like all of the men in the Polunsky Unit, he’s been convicted of terrible crimes. On Oct. 4, 2000, high on cocaine, he shot and killed a 79-year-old woman, stole her car, and used her credit cards to purchase alcohol and cigarettes. Less than a year later, at the age of 25, he was sentenced to death.

“We first met a few months ago,” says Rabbi Dovid Goldstein, director of Chabad-Lubavitch of West Houston, associate director of Chabad Outreach in Houston and the lead Jewish chaplain in the Texas prison system. “I was in the prison to meet another inmate and came to visit him as well. We began talking, and he opened up. He told me about his childhood with his Jewish grandparents in Texas who raised him because his parents in New York were not able to, and he told me about his childhood in foster homes after his grandparents were no longer able to keep him.

“When I showed him my tefillin and asked him what they were,” continues Goldstein, “he told me, ‘Yeah, those are tefillin. I was in foster care by the time I was 13 and never got to have a bar mitzvah. For the past 15 years, the rabbis from Aleph Institute have been visiting me, and each time, they were prevented from putting them on me.’ ”

The Florida-based, Chabad-run Aleph Institute provides services and support to Jewish military servicemen and women, as well as to Jews in prison and their families.

State law generally forbids prisoners on death row from having direct contact with their visitors, but Goldstein was determined to see if he could arrange for an exception.

‘Reach Out to the Soul’

When asked how he manages to work with people who have committed serious crimes, Goldstein replies that he makes a point of never researching the inmate’s criminal records. “If they tell me what they did, that’s their choice, but I never ask,” he says simply. “It’s not my place to research their challenges and conditions. My purpose is to reach out to the soul that’s beyond any external deficiencies and help that soul shine.”

The rabbi wraps tefillin with a man in the Koher Unit, one of four prisons that cater to the needs of Jewish inmates in Texas.

This would not be the first time he would be putting tefillin on a death-row prisoner. He had done the same for Douglas Feldman, 55, in 2013—a week before Feldman would receive a lethal injection at the Texas State Penitentiary at Huntsville for a pair of double murders he committed some 15 years earlier. In that case, he was allowed direct contact with the prisoner—the first Jew known to have been executed by the State of Texas—since the tefillin were considered the man’s “last rites,” for which special allowances could be made.

Goldstein has a long history of advocating for the rights of Jewish people in prisons. “I first got involved shortly after my wife, Elisa, and I moved to Houston as Chabad-Lubavitch emissaries in 1998,” recalls the red-bearded rabbi, who grew up in McAllen, Texas.

“There was an older rabbi, Ted Sanders, of blessed memory, who was tasked with caring for the Jewish prisoners, and he asked that I assist him with some of his duties.

“One story that pierced my heart was that of a religious Jew from out of the country who was incarcerated near Dallas. He could not get matzah for Passover or even enough kosher food to subsist. At that time, there was no kosher facility in the Texas penal system, and there was just no system in place to facilitate religious observance. He could not even wear tefillin every day since it needed to be kept in the chaplain’s office, and the chaplain did not work every day.

“Here is the tragedy that really set a fire in my soul: For years, he begged and pleaded for a sukkah—a small, branch-covered booth used during the holiday of Sukkot—but we were always rebuffed. One year, I purchased a small collapsible sukkah and brought it to a meeting with the prison brass. Seeing that it could be easily taken up and down before and after every use, they relented. That year, he would finally sit in a sukkah like Jews all over the world. Three days after the meeting, he collapsed and was diagnosed with acute leukemia. He passed away on Rosh Hashanah, two weeks before Sukkot.

Goldstein with Capt. Watson, the kitchen captain when the kosher kitchen was opened at Stringfellow Unit, one of four prisons that cater to the needs of Jewish inmates in the state of Texas, where between 60 and 120 Jewish people are incarcerated.

“From then on, the work I did to facilitate religious observance for Jewish prisoners is in his memory.”

Goldstein began drafting plans for creating an infrastructure that would accommodate Jewish prisoners, much of it based on what is already standard procedure in federal prisons.

Today, four units cater to the needs of Jewish prisoners (there are between 60 and 120 Jewish people incarcerated in Texas), and one “enhanced” unit, which has a kosher kitchen, weekly classes, and other services provided by Goldstein and Rabbi Mendy Traxler, program director of Chabad Outreach.

Goldstein also reports that he is often inspired by many of the inmates’ sincere wishes to better themselves. “There was one man who joined our kosher program barely knowing a word of Hebrew. One day, I’m in prison for services and I notice that he is praying in Hebrew as fluently as someone who grew up with it. That takes real dedication,” he notes, adding that some of the men regularly attend his lunch-and-learn classes after their release.

“I feel that prison is about rehabilitation,” he says. “I’m not there to judge them. They’ve been judged. I’m not here to punish them. They’ve been sentenced. I am here to help them live the rest of their lives and reach their potential from this day going forward.”

With Goldstein’s intervention, Jedidiah Murphy had the long-awaited opportunity to don tefillin and celebrate his bar mitzvah, as he sits on death row in Texas.

‘You Can Always Find Light’

It took the rabbi three months to make arrangements for the tefillin for Murphy, but he was finally allowed to return to Polunsky Unit on Feb. 2 with it in hand.

“When he saw that I brought the tefillin for him, he smiled—and no one ever smiles on death row,” recalls Goldstein. “I had to give the guards the tefillin and kipah, as he was on the other side of a glass wall the whole time. He put a kipah on his head, and followed my lead as he wrapped the tefillin and said the Shema together. I purchased some chips and soda from the vending machine, and we had a bar mitzvah reception.”

Murphy asked to keep the kipah he wore that morning as a souvenir, as is commonly done by attendees at “normal” bar mitzvahs, but he was forbidden to do so.

He did have a photo taken, however. The rabbi paid the standard fee of $3, and a guard snapped a shot of the two of men separated by the glass wall.

“I know that people will be horrified by the fact that a man who committed murder is smiling in this picture, and I respect that,” acknowledges Goldstein, “but I sincerely believe that there is a spark of G‑d in each and every soul, and that my job as a rabbi is to reach into their souls and touch that spark to the best of my G‑d-given ability.

“Within the greatest darkness, you can always find light. Prisons—and especially death row—are the darkest places in the world. Can you imagine the light that came into the world when a Jewish inmate put on tefillin?”

Read the story on Chabad.org

Israel to Re-Open to Individual Tourists in July 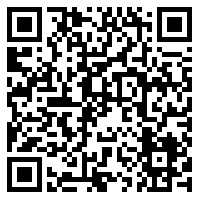