Oprah Winfrey sold a Gustav Klimt painting for $150 million to a Chinese buyer, Bloomberg reported. The painting, “Portrait of Adele Bloch-Bauer II,” was looted by the Nazis together with several other works, including, most famously, “Portrait of Adele Bloch-Bauer I” (a.k.a. The Woman in Gold). The retrieval of the latter by the heirs of Bloch-Bauer from the Austrian government was depicted in the 2015 film “Woman in Gold,” starring Helen Mirren.

The Nazis seized the painting from the Bloch-Bauer home and displayed it in the early 1940s, calling it “The Woman in Gold” to erase the Jewish identity of the subject.”


“Portrait of Adele Bloch-Bauer II,” from 1912, shows the wife of a Jewish industrialist and art patron in Vienna in a long, narrow robe and a round, black hat, standing against an ornate background of mauve and green.

In November 2006, Christie’s auction house sold “Portrait of Adele Bloch-Bauer II” at auction for almost $88 million, the fourth-highest price for a piece of auctioned art at the time, to Oprah Winfrey.

In 2014, Adele Bloch-Bauer II was given as a special long-term loan to the Museum of Modern Art in New York City. Oprah Winfrey sold it to the unidentified Chinese buyer in the summer of 2016, but the painting was temporarily lent to the exhibition “Klimt and the Women of Vienna’s Golden Age, 1900–1918” at Neue Galerie. It will go to the Chinese buyer’s private museum after September 2017. 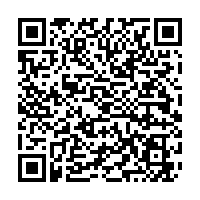