Israel canceled on Monday a planned visit by UNESCO (United Nations Educational, Scientific and Cultural Organization) to the Old City in Jerusalem after it became clear that the Palestinian Authority was trying to politicize the mission and turn it into an anti-Israeli event.

The Israeli government last April assented to the UNESCO mission as part of an agreement with the Palestinian Authority that promised to postpone bringing up anti-Israeli resolutions in the United Nations General Assembly.


Israel announced in April that it would allow a mission from UNESCO to visit the Old City in May, in exchange for an agreement from the Palestinians to postpone a UN debate on five resolutions condemning Israel’s occupation of the West Bank.

UNESCO has been trying to carry out a plan to protect the walls around the Old City, over which the Palestinian Authority demands sovereignty.

The planned visit by the United Nations agency was seen as a step towards making UNESCO less political following its acceptance of the Palestinian Authority as a member last year, even though the PA is not a member state of the United Nations.

PA Chairman Mahmoud Abbas managed to violate another agreement by trying to turn the UNESCO mission into a “fact-finding” tour of the Jewish presence in the Old City.

“The Palestinians violated all the agreements we had with UNESCO that this was to be a purely professional, not a political visit,” according to a Foreign Ministry spokesman.

The Palestinian Authority insisted that it take the UNESCO mission to the Temple Mount, where it has removed tons of  earth in an effort destroy any evidence of the existence of the First and Second Holy Temples.

The UNESCO delegates were to meet with engineers and architects, among other professionals, but the Palestinian Authority wanted them to meet with political leaders.

The reason is clear.

The Old City is a UNESCO World Heritage Site. The mission that has been postponed, if not canceled, was to “examine the state of conservation of the Old City of Jerusalem and its walls,” but the PA has other ideas in mind, such as defining it as a Muslim site.

The PA already has succeeded in convincing UNESCO to declare the Church of the Nativity in Bethlehem a World Heritage Site under the name “Palestine.”

The Israeli government responded at the time, “The world needs to remember that the Church of the Nativity, which is sacred to Christianity, has been desecrated in the past by Palestinian terrorists.”

All of this was forgotten when teeth agreement for the planned UNESCO mission was brokered. Anti-Defamation League (ADL) national direcotro Abraham Foxman said at the time, “We hope that this agreement marks the end of Palestinian efforts to politicize these international bodies and a new openness to constructive compromise.” 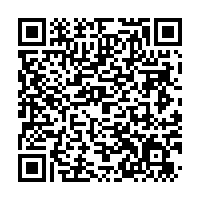