The speeches were made to approximately 1,000 protesters in South Tel Aviv’s Hatikva neighborhood, in response to a wave of illegal immigration and associated surge in crime in the area.  While some illegal immigrants have made the trek to Israel from Sudan and Eritrea to escape persecution, others have taken advantage of Israel’s high level of humanitarian aid and labor opportunities.


In her speech, Regev made comments such as “the infiltrators are a cancer in our body”, and advocated their deportation from Israel.  Twelve protesters were arrested during the event, which deteriorated into rioting.

According to local residents in south Tel Aviv, the streets have become unsafe, with women and the elderly afraid to walk outside.    On May 15, 4 Eritrean men were charged with raping a 19 year old Israeli woman in a parking lot in the area, one of several such incidents which have reportedly occurred since the area become a haven for illegal African immigrants. 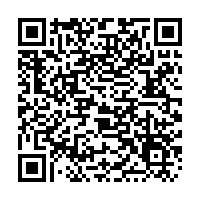