(via JNS) Israeli opposition leader and former prime minister Benjamin “Bibi” Netanyahu has filed a police complaint after receiving a death threat against himself and members of his family.

The authors of the letter describe themselves as three “Israeli citizens in the US – friends of [Yitzhak Rabin assassin] Yigal Amir and [suspected accomplice] Ohad Skornik.”


“We want to see the blood of Sara and Yair Netanyahu on the streets of Caesarea,” the letter states.

“Death to Sara, death to Yair, soon. We’re on our way,” it continues. “We three… will soon reach you, just to kill Sara and Yair Netanyahu.”

After they kill Netanyahu’s wife and son, the authors state that they intend to kill him, as well: “After that, it will be Bibi the criminal’s turn. The State of Israel must be clean of all members of the Netanyahu family. Only Avner can remain alive. Be careful.” 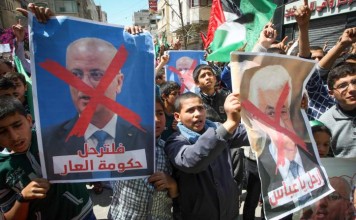