Former Prime Minister Ehud Olmert will have to wait until Thursday, June 29 to find out whether he will get out of jail early after having served two-thirds of his 27-month sentence for corruption-related charges.

Olmert appeared before the Israel Prison Services parole board on Sunday. His attorney. Eli Zohar told reporters that he received a thorough, comprehensive and fair hearing and that his legal team hoped for a positive result.

The former prime minister entered jail in 2016 after being convicted on separate charges of accepting bribes, breach of trust and obstruction of justice.

Olmert had been expected to be granted parole. However, a twist in the tale last week saw the State Prosecutor’s Office oppose his early release in light of an investigation into the possible leak of classified information by the former prime minister.

The Prosecutor’s Office said last Thursday that it asked police to investigate whether Olmert had committed a criminal offense while incarcerated at Maasiyahu Prison in Ramle.

The investigation is related to an autobiography the former prime minister has been writing while jailed, parts of which touch on sensitive security issues.

One of Olmert’s attorneys was apprehended last month with a chapter of the book that deals with a top secret security-related incident banned for publication by the censor in the past.

Olmert was prime minister when Israel attacked a nuclear facility at Deir ez-Zor in Syria in 2007.

As part of an investigation into whether Olmert transferred classified information to unauthorized parties, police raided the Rishon Lezion offices of Yediot Books, Olmert’s publisher, in a search for classified documents related to the case.

A statement by the Prosecutor’s Office said Olmert had received multiple warnings, and added that the leak of classified information could cause serious damage to state security.

Olmert’s attorneys said at the time, however, that the book had been submitted to the censor.

“The book in its entirety has been handed over to the censor and Mr. Olmert has no intention of publishing anything without the approval of the censor. Mr. Olmert has not released or published any other classified material beyond material for the book,” his lawyers said. 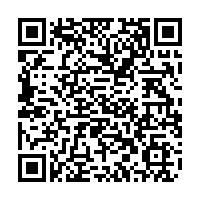