Wednesday marked were the broadest riots so far in Iran’s southwestern oil-rich province of Khuzestan since the wave of protests began a week ago. Several deaths were recorded among the protesters after Iranian security forces fired live ammunition at the protesters.

The Iranian underground opposition reported Wednesday night that the Iranian regime, desperate to hold on to power, is trying to dispatch riot police and other security forces from the capital Tehran to “crack down on the thirsty people of Khuzestan.” The protests in Khuzestan started in response to the water crisis and the regime’s mismanagement.

The daily Persian-language newspaper Vatan-e-Emrooz (managed by Mehrdad Bazrpash, an ally of former president Mahmoud Ahmadinejad), reported that “research shows that despite any natural incident in this province, the main reason of the recent water crisis is mismanagement.”

The state-run daily Etemad reported on Tuesday that “the water scarcity in Khuzestan is a clear example of mismanagement. Not only has the regime failed to take advantage of the huge volume of rivers in this province, which is unique in the country, but also by irrationally constructing dams such as the Sivand dam, and irregular transfer of water from Khuzestan to other provinces—which did not solve the water problem of those provinces and the water problem of Khuzestan—has created a huge amount of dissatisfaction.”

Also, while all of Iran is watching, and demonstrators are chanting “death to Khamenei” in Tehran and Karaj, thousands of oil workers are still on strike, and Iranians from all walks of life are marching in the streets every day calling for fair pay, water, and power.

According to the underground opposition National Council of Resistance on Iran (NCRI), the Revolutionary Guards (IRGC), which dominate Iran’s economy, are behind the construction of “unscientific dams for military purposes and transferring Iran’s water to neighboring countries to profit more and fund its illicit activities.”

There have been dozens of warnings by experts and state media about the consequences of the water crisis in Iran, but regime officials have ignored them.

July 20 – Susangerd, southwest #Iran
Voice says the locals’ protests are peaceful yet regime security forces are opening fire on them and leaving their youths wounded.#IranProtests#خوزستان_تنها_نیست pic.twitter.com/GcoEkRXpTr

“Khuzestan is a perfect model of how ignoring people would end,” Etemad wrote, warning that “ignoring people might seem easy at first, but soon, it will be a bitter experience. What has happened in Khuzestan and caused widespread protests is the result of mismanagement, and officials cannot ignore the legitimate demands of the protesting people.”

According to Al-Jazeera, there have been three deaths as a result of the riots so far, all protesters, and one police officer who was wounded after taking a bullet in his leg on Tuesday night.

Despite internet restrictions, numerous videos have come out of Khuzestan over the past eight days, many of which show tear gas being used against crowds of protesters. Some videos show baton-wielding security forces dressed in black and riding a large number of motorcycles, according to Al-Jazeera. 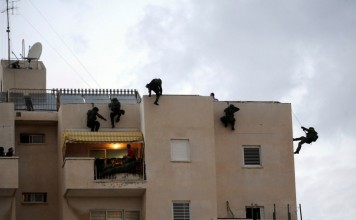 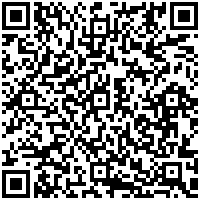