Defense Minister Benny Gantz late Sunday night signed another administrative detention order against an Israeli Jew living in Samaria – the second of its kind in a month. The order does not cite any specific reason for the detention, at Shikma prison in Ashkelon, other than the fact that the defense minister has the authority to do this based on the country’s Emergency Authorization Act, and he has a reasonable suspicion that the detention is justified on security grounds. The administrative detention will terminate on July 7, at which point Gantz or whoever replaces him at Defense will be free to renew it.

The detainee was recently arrested on suspicion of price tag activity, but the court ordered his release after the Judea and Samaria police were unable to prove his connection to the offenses of which he was suspected.

In January 2021, the detainee, who was a minor at the time, was indicted for seeking to “harm Palestinians wherever they are” and their property, during protests over the death of Ahuvia Sandak who was killed in a police chase in Samaria. He pleaded guilty to the acts attributed to him and was convicted of aggravated assault, possession of a knife, and intentional sabotage of a vehicle.

After his release from prison, the young man’s friends organized a convoy that included about 30 vehicles that left Tapuach Junction and passed inside the village of Huwwara. After local Arabs started throwing stones at the cars, some of the passengers got out and threw stones at cars and shops. But, again, the detainee was not convicted of responsibility for any of those actions.

There are differences between administrative detention in Greenline Israel and Judea and Samaria: inside Israel proper, only the defense minister can issue an administrative detention order, and the detainee must be brought before the president of a district court within 48 hours from the date of his detention, and within three months from the date of the last hearing, the President of the District Court must reconsider his detention. The detainee may also appeal the detention to the Supreme Court.

In Judea and Samaria, any area commander, as well as any military commander authorized by the area commander, can issue an administrative detention order. Then, within 8 days from the date of the administrative detention, a judicial review must be conducted by a judge of a military court, who must reconsider detention. The detainee may appeal the judge’s decision in the judicial review before a judge of the Military Court of Appeals. The decision of the Military Court of Appeals in this matter is subject to review by the High Court of Justice.

Honenu attorney Adi Keidar who represents the administrative detainee said, “While the State of Israel is under attack, there are those who are still pursuing Jews instead of persecuting the enemy. It’s a pity that this is the case and we will appeal to the courts for his immediate release.”

The Honenu legal aid society added: “Jews are being slaughtered on the streets, and the defense minister of the State of Israel is collaborating with the far-left organizations in their ‘settler violence’ campaign, It’s sad. Who will protect the Jews?” 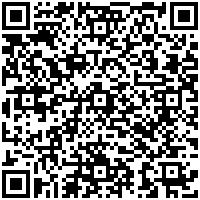