The Miskar Institute latest poll published on Thursday shows Israeli election trending strongly to the right, with Netanyahu’s Likud strongly ahead of Gantz’s Blue and White, Feiglin’s Zehut and Smotrich’s Right-Wing Union settling at 8 seats each, Bennett’s New Right at 7, the Arabs retreating to a combined 11, and Kahlon’s Kulanu disappearing below the threshold, as do Liberman and Orly Levy-Abekasis.

The survey involved 4,500 respondents across Israeli society and was conducted between April 2 and 4 this week.


The math suggests a broad victory for Netanyahu, although polls in Israel are notorious for failing to predict election results accurately. And so, with a grain of salt (several, really), here is Bibi’s math:

Everyone in this potential rightwing coalition will support without a problem an Israeli version of the “French Law,” which bans the criminal indictment of a serving executive, meaning that Netanyahu will not be facing any court problems for as long as he serves.

For Feiglin supporters this is also very good news: Netanyahu will not be able to maintain his coalition without Zehut, and so will likely give in on Feiglin’s three demands: legalize cannabis and award Zehut the Finance and Education portfolio.

Bennett, too, could walk away with his demands: the Defense and Justice portfolios.

Also, Itamar Ben-Gvir could actually get his demand to head the Knesset committee that screens supreme court candidates.

Boy, this is fun…

Finally, with Avigdor Liberman failing to climb over the threshold, this is the most satisfying example of the verse (Proverbs 26:27), “Whoever digs a pit will fall into it.”

A Thursday evening Kan, Israel’s Public Broadcasting Corporation, poll also shows a strong pull forward for Netanyahu, giving him 31 seats compared with Gantz’s 30. Netanyahu ends up with a 64-seat coalition, in which Feiglin, with 6 seats, is still the deciding factor: no right-wing coalition without Zehut.

It is possible that future historians will point to the April 2019 elections as the turning point in Israeli politics, where the country joined the deep-right trend of the Western world. 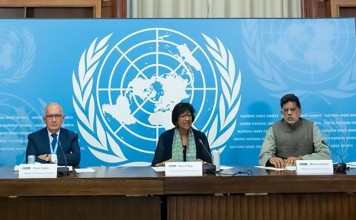 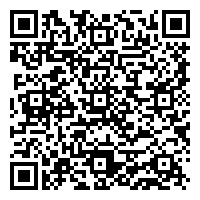