Monday night, a three-way meeting between President Reuven Rivlin, Prime Minister Benjamin Netanyahu and Blue&White Chairman Benny Gantz concluded with the participants agreeing not to talk about the content of the meeting, which was held behind closed doors. But according to reports in the Israeli media it appears both sides are hoping they will, with God’s help, reach an agreement.

After the meeting, both party leaders cancelled their scheduled media interviews, a move designed to signal they’re actually working on a deal together and need more time.

And so, the negotiating teams will meet on Tuesday, and the two-party leaders will meet again on Wednesday, maybe for a round of meetings with the president.

Shortly after the meeting, Netanyahu updated in a conference call the leaders of the rightwing parties bloc with whom he had signed a pact earlier. Netanyahu emphasized that the meeting with Gantz was concrete, and told the bloc leaders that he had emphasized at the meeting that he represented the entire national camp and acts in its behalf, stressing, “I’m committed to what I promised you.”

Earlier on Monday, both Yamina’s Ayelet Shaked and UTJ’s Yaakov Litzman expressed their sworn fealty to Netanyahu and nothing but Netanyahu to the president. So now they’re all on the record.

Netanyahu said about his meeting with Gantz: “There was a substantial conversation. It’s a start. Where does it go? It’s too early to tell.”

He said that last part in English.

Gantz emailed the members of the Blue&White faction: “As you know, this evening I met the Prime Minister at the President’s request at the latter’s residence. At the meeting there was a lot of talk about unity (let me remind you that this has been our position from the day we were founded). At the meeting, I made it clear that the path to unity goes through the substance and content of the things we promised the public that chose us. The public has chosen change and we have no intention of giving up our lead, our principles or our natural partners in this path. Tomorrow the heads of Likud’s and Blue&White’s teams (Yariv Levin and Yoram Turbovich – DI) will meet for initial talks.”

Should Netanyahu not give up on any of his partners in the 55-MK bloc on the right, and Gantz also remains loyal to his own natural partners – their unity government would reach 99 MKs. In such a situation, only Liberman and the Arabs appear to remain in the opposition, and the unity government would feature at least 40 ministerial portfolios.

President Rivlin, for his part, is contemplating a one-to-two-year rotation starting with Netanyahu as PM, or any other solution that considers Netanyahu’s preoccupation with his legal battles. With that in mind, Rivlin is not quick to assign the job of putting together a new coalition government to either contender. Instead, he leans towards giving them more time – so far he has given them two days to sleep on it, and asked that they come over next week with coherent ideas.

Except that next week will see Rosh Hashanah on Monday and Tuesday, followed on Wednesday (the Fast of Gedaliah), and then on Thursday by Netanyahu’s hearing with the prosecution. Only his lawyers will be there, but it stands to reason that Bibi would be at least multitasking on those two days. 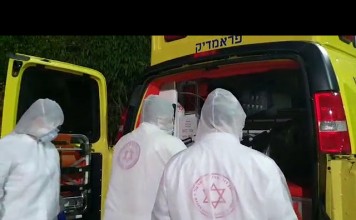