A day after his trial began in the Jerusalem District Court, Israeli Prime Minister Benjamin Netanyahu delivered a message to the press at a faction meeting of his Likud Party.

Netanyahu said that the government’s “target date” to apply Israeli law to the Jordan Valley, and much of Judea and Samaria, was this coming July, and “we do not intend to change it.”

“This is our first faction meeting since the election. This is a large, crowded faction. We won 36 seats, which is very respectable, a great vote of confidence. We welcome that. Many didn’t believe we would be here in the framework of a unity government, but I thought that in the face of challenges, we needed to join forces. We are now a big faction and a broad government,” the prime minister told his faction members.

Netanyahu outlined what he called the five main challenges facing the nation: “First, to restore jobs that were lost because of coronavirus. I’m talking with the self-employed. We are committed to giving people back what they lost. We won’t leave the wounded behind. At the same time, we need to pass the state budget—we need a very large, complicated budget that needs to take into account recovery and a return to growth,” he said.

“The second thing is the need to prepare for a second worldwide wave of corona. We all welcome the great success [Israel] had in dealing with corona; the entire world is talking about it. There are now only a few new cases per day. We had relatively few deaths, but of course, each one is a tragedy.

“We need to be ready for the possibility that what happened in 1918 might happen again—a second, worse, wave after a year. This means we need a lot of tests. At the cabinet meeting yesterday [Sunday], we established the ‘corona cabinet,’ and we, of course, will work with the relevant Knesset committees.”

“The third thing is security. Our enemies aren’t stopping for a moment, and we haven’t stopped thwarting them. We are working against Iran and its satellites everywhere. We are keeping it from threatening us not only with nuclear weapons, but also with other tactics,” said Netanyahu.

“The fourth thing is to shake off the threat of the International Criminal Court in The Hague. That’s a new arena, where they are trying to attack IDF soldiers. We need to repel these attempts, delegitimize it.” 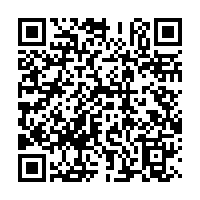