Home News & Views The Courts Netanyahu’s Pre-Indictment Hearing Set for Fast of Gedaliah
Share on Facebook
Tweet on Twitter
Photo Credit: An illustration from a Bible card published by the Providence Lithograph Company in 1904

Attorney General Avichai Mandelblit on Wednesday announced that the hearing to determine whether Prime Minister Benjamin Netanyahu should be indicted on three corruption charges has been postponed by three months, to October 2.

October 2, 2019, also happens to fall on Tishrei 3, 5780, which marks the Fast of Gedalia. The dawn to dusk fast laments the assassination of the last Jewish governor of Judah, Gedaliah son of Ahikam, whose murder ended Jewish autonomy following the Babylonian destruction of the First Temple.


Mandelblit’s previous deadline for Netanyahu’s hearing was July 10, or Tamuz 7. On July 10, 138, the Roman Emperor Hadrian, one of the worst of enemies of the Jewish people, died.

The prime minister wanted to postpone the hearing date by a year, to July 10, 2020, citing the enormous volume of evidence material, but Mandelblit responded that there was no justification for such a long delay.

Incidentally, Tammuz 7 is Mel Blanc’s yahrzeit, which is a big deal if you’re a Looney Tunes and/or the Jack Benny Show fan. Mell returned his thousand voices to his maker in 5749 (1989).

The AG told Netanyahu’s legal team that the hearing would be conducted on October 2 and 3, with additional time allotted if needed. 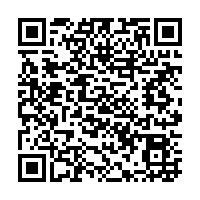