A survey conducted for Channel 2 News by pollsters Mano Geva and Mina Tzemach among 533 respondents shows that if the Knesset elections were held today, and former IDF chief of staff Benny Gantz were running as head of his own, new party, said party would become the second largest, after the Likud.

The poll also shows that in light of the wave of terror and the largest wave of price increases in the economy since the 2011 social protests, 60% of the public are dissatisfied with the performance of Benjamin Netanyahu as defense minister and Moshe Kahlon as finance minister.

In response to the question, “Are you satisfied or dissatisfied with the performance of Benjamin Netanyahu as defense minister?” 7% responded “very satisfied,” 26% “quite satisfied,” 25% replied “quite dissatisfied,” and 33% “very dissatisfied.” 9% of the respondents answered “I don’t know.”

Respondents were asked which party they would vote for “if the Knesset elections were held today, and the slate included a new party under the leadership of Benny Gantz, while the rest of the parties stayed the same.”

The results show the Likud with 28 mandates, a rise of three seats compared to a previous poll in which Gantz was also mentioned.

The former chief of staff’s party, which last week reported that 130 signatures had been obtained for its establishment, would have won 16 Knesset seats had elections been held today, according to the Geva/Tzemach poll.

The survey shows that a joint run of Gantz and Yair Lapid would weaken their combined power. In case of the two of them running together, they would get only 26 seats, 3 fewer than had they run separately, and Likud would get 29 seats. 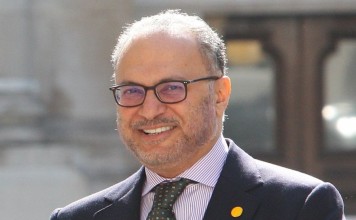 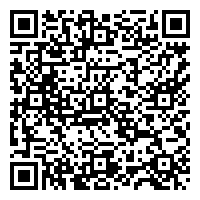