The Finance Ministry estimates that 2017 will end with a tax collection surplus of 20 billion shekel, roughly $5.7 billion, Ma’ariv reported on Wednesday. It should be noted that Israel’s Gross national income is $319.7 billion, or, to quote the late US House Speaker, Massachusetts Democrat Tip O’Neill (although some say it was Illinois Republican Everett Dirksen), “A billion here, a billion there, pretty soon it adds up to real money.”

In September, Israel’s Tax Authority updated its original forecast to the more optimistic $4.8 billion, and now this amount was finally raised by close to a billion dollars.


According to Ma’ariv, the surplus tax collections are explained by higher than usual economic activity in the last quarter of 2017. And, apparently, he additional collections are not a one time flash in the pan, but are based on long-term basic market activity. In other words, these higher tax revenues are here to stay.

There appears to be some disagreement between Finance Minister Moshe Kahlon (Likud), who leans toward using the surplus to invest in social causes, and Prime Minister Benjamin Netanyahu (Likud) who would rather give the money back to the taxpayers.

For example, the Finance Minister would rather utilize the tax surplus to facilitate a more targeted taxation, for example: tariffs on imported products that do not compete with local produce will be reduced, with the benefits being rolled over to the consumer. Tax credits will be granted to low-income earners, and some income tax will be reduced for the middle class.

The PM, for his part, wants a reduction of corporate taxes. On January 1, 2018, corporate tax will already be reduced to 23%, and now Netanyahu wants to see this amount further reduced by 1% to 2%.

So there may be some conflict on the cabinet’s horizon, rich folks’ conflict, if you will. Which is why the coalition timetable for the 2019 budget is being moved back to March 18, 2018.

Regardless of that, a significant portion of the budget surplus—as much as 50%—will be applied to reducing the budget deficit, which was estimated at 2.9% of GDP for 2018, and now is expected to come down to 2.5% of GDP. 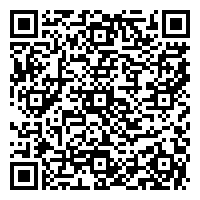