The Waqf agents on the Temple Mount will stop stalking and monitoring groups of Jews who ascend to the compound, following tense disputes with the police and “lack of support from the administration,” Israel’s Army Radio reported Sunday.

Israel Police will now have to enforce the rules of the holy compound, which Jewish prayer or any other ritual.


Internal Security Minister Gilad Erdan tweeted in response: “It has never been the duty of the Waqf people to escort or verify anything! The Israel Police is the sovereign in the Temple Mount area and it is the entity authorized to secure the visits’ protocol.”

The Qaqf’s statement is highly unusual, and, for what it’s worth, not supported by facts on the ground. Every Jew who visits the Temple Mount is subject to tight Waqf agents’ scrutiny, calling every Jewish attempt to as much as close one’s eyes in meditation, never mind whisper a verse or make a blessing over an apple.

Indeed, on Sunday, in response to the Army Radio report and Minister Erdan’s tweet, director of Hakol Hayehudi, Elchanan Gruner, tweeted pictures taken this very morning, documenting Waqf agents sticking to a Jewish group on the the Temple Mount.

MK Bezalel Samotrich (Habayit Hayehudi) wondered Sunday morning why Jews were forbidden to pray on the Temple Mount in the first place “Won’t it be simpler if Police didn’t verify anything ?!” he tweeted, noting that there are no laws against Jewish prayer at the holiest Jewish site.

“The non-Jewish and undemocratic fiasco taking place on the Temple Mount must stop and this is a good place to start,” Smotrich tweeted, suggesting this would be “most suitable for the days of repentance we’re in.” 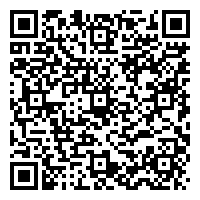