Likud officials believe that if Israel goes to third elections and Likud holds primaries to pick its next chairman, Knesset Speaker Yuli Edelstein may also join the race, Channel 12 reported on Thursday.

According to the report, in recent days, Edelstein has been doing a lot of political field work, to strengthen his grip on the Likud rank and file members. Back in February, in the Likud-wide primaries, Edelstein came in first with 37,524 votes.

Edelstein has been having a lot of conversations with influential party leaders lately, and those have told Channel 12 that Edelstein was preparing to run for the Likud leadership and that he was seeking their support. But in order to win, Edelstein would have to take the chance of losing in a three-way race against Netanyahu and MK Gideon Sa’ar. At this point, Netanyahu seems to have the best chance of coming first, which means that in the end Edelstein would let Sa’ar run alone against the boss, and later, when Netanyahu is bruised by his court appearances and Sa’ar is considered a “traitor” by many in the party, would be the Speaker’s time to shine.

Edelstein has recently also launched an initiative aimed at preventing third elections, and suggested that Netanyahu first serve as prime minister for a short time, and then begin a rotation with Blue&White. This move should be enough to position Edelstein as a major player inside Likud, without antagonizing the “only Bibi” camp.

Speaker Edelstein’s office said in response to the the above report that “Knesset Speaker Yuli Edelstein is currently focusing only on one thing: establishing a government and preventing further, unnecessary, expensive and irresponsible elections. He also makes this clear to the parties with which he meets. Any other statement on this issue is incorrect.”

Yuli-Yoel Edelstein, 61, was one of the most prominent refuseniks in the Soviet Union, until he made aliyah in 1987. He began his political career in the NRP, then co-founded a party of Russian olim with fellow Soviet dissident Natan Sharansky, was elected to the Knesset in 1996, and was appointed Minister of Immigrant Absorption in Benjamin Netanyahu’s first government. His party was later absorbed by Likud, and he has been serving as Speaker of the Knesset since 2013.

In 2014, his wife of many years, Tanya, died of cancer at the age of 63. He remarried Irina Nevzlin, daughter of Russian-Israeli billionaire Leonid Nevzlin, whose net wealth is estimated at $1.3 billion. Clearly, Edelstein will probably be able to afford his own cigars and champagne. 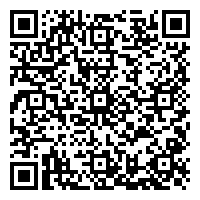