President Reuven Rivlin is already warning lawmakers that a unity government is a “must” in order to avoid the necessity of forcing the country to endure a third round of national elections.

“We all understand that a stable government – one that can prevent third elections for at least a year – is one that will need to include both of the two major parties,” Rivlin told the representatives of the Blue & White party during their meeting late Sunday afternoon.


Among the representatives of the faction who met with Rivlin, in addition to Ya’alon, were Avi Nissenkorn, Tzvi Hauser, Merav Cohen, Karin Elharar and Penina Tamano-Shata.

Rivlin pointed out as they gathered for the meeting that not even five months had passed “but we are back at the same table.”

Taking a hard line from the start, however, Ya’alon replied the faction members were present “from a sense of mission towards the people of Israel,” having fought “two hard elections.” He added that the goal of the faction is to create a “national liberal government. That is what most of the people want,” he contended, and said Blue and White “invites all the Zionist parties to join us. There is great need right now to unite the public.”

That need for unity, however, apparently does not extend very far.

When the president Ya’alon if there is another Knesset member other than Blue and White faction leader Benny Gantz who might be an appropriate candidate to form a government, Ya’alon answered, “In a word, no.”

Asked if the party would agree to sit in a unity government headed by Netanyahu, Ya’alon likewise replied, “We feel the damage cannot be fixed without a change in leadership.”

In other words, “no” again. Not much flexibility. 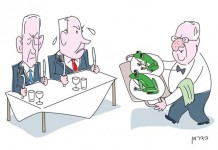 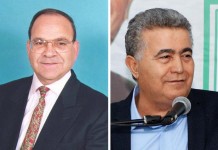 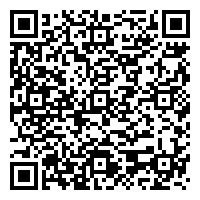