Yes, it’s election season again, so don’t be a baby, dust yourself off and follow the news.

One fellow who dusted himself off very quickly is Transitional Prime Minister Benjamin Netanyahu. He has begun to use whatever authority was left him to rearrange his cabinet so he – and not his enemies – be able to take advantage of its power.

Netanyahu has already upgraded one of the most important Likud leaders, Yisrael Katz, from temporary to permanent foreign minister – bypassing the talented and experienced loyalist Tzipi Hotoveli, who will continue to serve as deputy FM.

Next, Bibi took sweet revenge in stepping on at least one reported demand of Israel Beiteinu chairman in the coalition negotiations – and made Environment Minister Ze’ve Elkin (Likud) Absorption and Aliyah Minister. Absorption has been an Israel Beiteinu fiefdom, seeing as their base is made up of mostly olim. Well, it turns out Elkin is also an Oleh, and one who doesn’t bite the hand that feeds him, so there.

Oh, and most important: Bibi is going to fire Naftali Bennett and Ayelet Shaked, thus depriving the former of the chance to leak stuff from the security cabinet, and the latter of heading the ministerial committee for Legislation.

Had the elections been held on Friday, a day and a half after the Knesset had been dissolved, according to a Panels Politics poll commissioned by Ma’ariv, the Likud, led by Benjamin Netanyahu – after the merger with Kahlon’s Kulanu – would have increased its power to 37 seats and could form a majority right-wing government without his nemesis, Israel Beiteinu chairman and “serial right-wing government toppler” Avigdor Liberman – this despite the fact that Liberman has gotten himself an extra 4 seats and is sitting pretty on 9, count them, 9 seats.

In the polls, mind you. Wake up, this hasn’t happened yet, it’s just polls, for heaven’s sake. In fact, speaking of the veracity of polls, the high priestess of Israeli polling, Dr. Mina Tzemach, told Channel 12 on Saturday: “If we can not find a solution to the fraud at the [public opinion] polls, I personally will stop doing the sample.”

Tzemach was burned during the April 9 elections, when Likud respondents picked her specifically to lie to (old hatreds don’t die in Israel, they don’t fade away either), and as a result she gave Gantz the win by 4 seats. The ecstatic faux victor took to the airwaves to thank the nation for his historic win while all the other channels were already showing him stuck in second place.

With that cautionary tale in mind, the score according to Friday’s Ma’ariv goes:

The astute reader will surely recognize the disappearance of the party that has land the country for decades and has been relegated to the trash heap of history – the Labor party. Gone. This could change, of course, depending on how effective the beheading of party chairman Avi Gabai will be.

As the reader can also see, the right has burgeoned to 72 seats, leaving the Jewish opposition at a slim 39, and the Arabs at 9. In fact, the right is so big right now (that’s an imaginary right, of course) that Bibi can afford to let Liberman stay out of his government and still have 3 seats to spare. 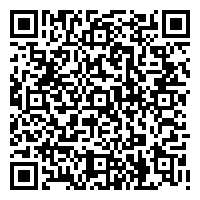