U.S. President Barack Obama met with more than a dozen representatives of American Jewish communities on Thursday, March 8, in advance of his trip to Israel.  That trip is expected to begin on March 20.

The meeting, which was not on the president’s public list of activities, included a range of political interest representatives, mostly from the centrist to politically left.  Although participants were not supposed to discuss the names of those present or what was discussed, enough information became available throughout the day to draw a general sense of what transpired.


The Anti-Defamation League, solidly centrist enough to be included in virtually every government gathering, was represented, along with several other typical participants such as the American Jewish Committee, the Conference of Presidents of American Jewish Organizations, the American Israel Public Affairs Committee and the Simon Wiesenthal Center.  Harvard Law School professor Alan Dershowitz was there, as were representatives from the radical leftist Americans for Peace Now and from an organization the political life of which practically began with the Obama presidency, and which seems to be on the decline, J Street, was also represented.  Based on many reports it appears there was no one from the unflaggingly pro-Israel end of the spectrum, such as the Zionist Organization of America.

The meeting participants made suggestions of places to visit and some urged the president to take a stronger stand against Iran.  Obama’s response was reportedly that “Iran needs to be able to climb down without humiliation.”

The topics of Syria, Turkey and Iran were discussed, but several participants said that the primary focus was on the “Israeli-Palestinian peace issue.”  The two day trip will include a two hour trip to Ramallah, during which Obama is expected to meet with PA leader Mahmoud Abbas.

Ardent supporters of Israel had been fearfully speculating over the past week that during his trip President Obama would once again make heavy demands on the Israeli government to engage in unilateral concessions.  Those fears appear to be unfounded.

All reports of the meeting reflected the sense that the U.S. president is conscious of the turmoil throughout the Middle East and the constraints that places on parties in the region.  Obama reportedly said that he has no intention of “delivering a grand peace plan” during this trip.

Perhaps the U.S. president is unwilling to repeat a major failure of his first term, when he practically demanded there be progress on the “peace process,” but, when met with the reality of the situation, had to chalk up that goal as a failed one.

It appears that what has been widely criticized might actually be good news: without an Israeli governing coalition in place, President Obama can point to that instability as the reason for disappointing those who are insistent that peace be made at all costs – even when that cost is guaranteed to mean war.

The single biggest news that came out of the White House meeting is that it appears even President Obama may have actually learned that the conflict in the Middle East has no simple answers.

Who knew that a president’s pronouncement that the possibility for Middle East peace is bleak would be such a welcome statement? 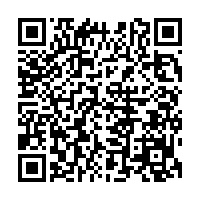