“She can say whatever she wants, but not in ‘our’ building,” was Manhattan attorney Robert Sidi’s response when finding out that the 92nd Street Y was hosting vocal Israel-hater novelist Alice Walker.

Sidi was explaining to The Jewish Press why he showed up Thursday night, May 30, to stand outside the 92nd Street Y and protest the fact that a Jewish institution, built and maintained with funds from Jewish charities, was providing a platform to someone who “denounces, denigrates and demonizes Israel.”


About a dozen pro-Israel New Yorkers joined Sidi last night, protesting the appearance by Alice Walker at the Y.  Walker was at the 92nd St Y to promote a recent publication of a book of poetry and to talk “about her activism and her writing, her conflicting impulses to retreat into inner contemplation and to remain deeply engaged with the world.”

Lainee Cohen Grauman and her husband Jonathan Grauman told The Jewish Press that they only found out about Walker’s appearance at the 92nd Street Y two days before the event.

“It really riled me,” Lainee Cohen Grauman said. “I liked her book, The Color Purple, but her politics and anti-Israel activities are  horrible.”  Grauman ticked off several anti-Israel positions Walker has taken: “she was on the flotilla to break the blockade of Gaza, she tried to stop Carnegie Hall from hosting the Israeli Philharmonic, and now she is trying to get Alicia Keys to back out of her appearance in Israel.”

Alicia Keys is a popular R & B singer scheduled to appear in Tel Aviv in July.  In a public letter Alice Walker called on Keys to pull out of her commitment to perform in the Jewish State.

In the letter Walker wrote to Keys, “It would grieve me to know you are putting yourself in danger (soul danger) by performing in an apartheid country that is being boycotted by many global conscious artists.”

Walker was not content to merely call Israel an apartheid country.  She told Keys Israel is “unbelievably evil,” “greedy” and “cruel,” and that it is responsible for a great deal of global suffering.

This is actually a wonderful opportunity for you to learn about something sorrowful, and amazing: that our government (Obama in particular) supports a system that is cruel, unjust, and unbelievably evil. You can spend months, and years, as I have, pondering this situation. Layer upon layer of lies, misinformation, fear, cowardice and complicity. Greed. It is a vast eye-opener into the causes of much of the affliction in our suffering world.

Grauman tried to call the 92nd Street Y administration to ask why they were providing a forum for Alice Walker, but finally gave up after  being repeatedly foiled by the switchboard.  Not only could she not speak with anyone, she could not even leave a message.

“It was important to show up outside the Y for two reasons,” Jonathan Grauman told The Jewish Press. First, it is important to send a message to the Y and to other Jewish institutions – they need to be put on notice that there are members of the Jewish community who do not want Jewish communal dollars spent supporting enemies of Israel.  And second, we want Alice Walker to know that we are aware of her anti-Israel message and she will not go unchallenged.”

Both Graumans concurred that it was important to go out and challenge falsehoods against Israel. “Walker’s insistence that the land belongs to the Palestinians is not just anti-Israel, it is a rejection of 2000 years of Jewish history,” Jonathan Grauman explained.

Richard Allen is the head of JCC Watch, which sent out the original notice about Walker’s appearance at the Y.

“It is shameful that the 92nd Street Y is diverting Jewish community money for anti-Israel activities,” Allen told The Jewish Press. “There has been a pattern – first with [BDS activist] Roger Waters and now with Alice Walker.  And all of our efforts to speak with the 92nd Street Y administrators have been met with closed doors, closed ears and closed minds.”

The Israel supporters who showed up outside the 92nd St Y last night to protest Walker’s appearance had a rare opportunity: as she approached the entrance to the Y at about 8:00 p.m., they were able to engage Walker in discussion about what they claim are her severely twisted and untrue assertions about Israel. 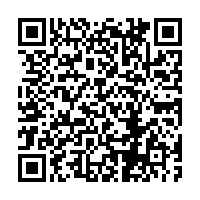