Last week, Tourism Minister Yariv Levin (Likud) attacked the Reform communities around the world, accusing them of “failing to support Israel abroad,” and suggesting “they’ll become meaningless within two generations.” Needless to say, the American Reform Movement did not take that one lying down.

To get things rolling, Director General of Israel’s Reform Movement Rabbi Gilad Kariv on Wednesday emailed the world Reform communities, calling on the Jewish Agency and the Jewish Federations of North America to stop their cooperation with Minister Yariv until he takes it back.

Reform Rabbi Richard J. Jacobs, the president of the Union for Reform Judaism, said in response (to Yariv): “As long as he doesn’t think that Diaspora Jews have no right to voice opinions on matters such as the Kotel, there’s no reason to give him a platform in Jewish communities and organizations in the United States.”

In any event, as of Thursday, Reform Judaism may not be boycotting Settlements products yet, but they certainly boycott Yariv Levin.

Levin, for his part, said in a statement, “It is annoying that in an era when we are struggling to explain to the world why a boycott is not a legitimate means, the representative of Reform Judaism elects to use this improper way of boycotting and silencing. We mustn’t ignore the difficult reality of the ever-increasing assimilation. I will continue to speak clearly and act determinedly to stop this dangerous phenomenon.”

And just so you’ll remember, an associate of Minister Levin reminded Army Radio, which broke the story early Thursday morning, that Reform Rabbi Gilad Kariv ran on the Labor Party list to the Knesset. 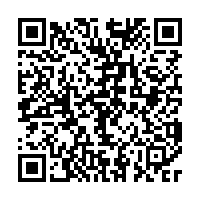