Culture and Sports Minister Miri Regev was invited by an official representative of United Arab Emirates to an official visit at the Sheikh Zayed bin Sultan Mosque, the most important site in Abu Dhabi.

“Ending a moving and powerful visit to Abu Dhabi that brought a lot of respect and pride to the State of Israel,” Regev posted on Facebook, adding, “The official invitation I received was actually the highlight of the gracious hospitality of the locals, thus increasing the importance of my visit to Abu Dhabi.”


“I honored the hosts, dressed up in traditional garments, took off my shoes, tour the place and was impressed by the beauty of the mosque,” Regev shared. “I am glad that I was privileged to be the first senior Israeli official to sign the guest book at the mosque. I chose to do it in Hebrew – as a message of brotherhood and hope for peace between peoples.”

“I wish that the Abu Dhabi event will bring us a good life and peace for all,” she concluded.

Regev was in Abu Dhabi to accompany the Israeli Judo team at the Judo Grand Slam Tournament that was held this weekend in Abu Dhabi, where Israeli judoka Sagi Muki won the gold in the 81 kg weight class. 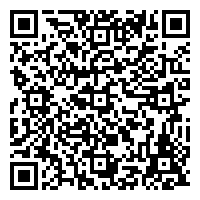