Senior Zionist rabbis, led by Rabbi Dov Lior, Chief Rabbi of Hebron and Kiryat Arba, Dean of the Kiryat Arba Hesder Yeshiva, and head of the Council of Rabbis of Judea and Samaria, have permitted in recent years documenting Arab provocations and violations of the law that take place on Shabbat.

This permit was used last Shabbat, according to the Regavim movement, when activists from the leftwing NGO Ta’ayush, an anarchist group that provokes violent confrontations in Judea and Samaria, arrived, accompanied with a few Arabs, at an area just outside Mehola Located in the Jordan Valley.


Mehola is a religious moshav near the “green line” and the Arab village of Bardala.

The NGO and its followers built an illegal “caravilla” (combination of caravan and villa, meaning a luxury mobile home), in clear violation of the law. It should be noted that hundreds of these illegal structures are erected throughout Judea and Samaria, most heavily between Ma’ale Adumim and Jerusalem – funded by the European Union.

On Sunday, attorney Avi Segal from Regavim sent an urgent message to the IDF Civil Government in Judea and Samaria, accompanied by the photo documentation of the structure and a demand that it be demolished before any tenants move in.

The alert worked, and on Tuesday COGAT inspectors arrived at the site and handed the local Arabs a demolition order. Shortly thereafter, the squatters began to strike the set and move its parts away.

Rabbi Lior’s permit to desecrate Shabbat under the above conditions stems from the discussion in tractate Eruvin 44a: “With regard to a town that is located near the border, even if the gentiles did not come with the intent of harming life, but rather to deal in matters of hay and straw (to raid and spoil the town), [the Jewish locals] may go out against them with their weapons, and they may desecrate the Shabbat because of them, since the border must be carefully guarded, in order to prevent enemies from gaining a foothold there.” 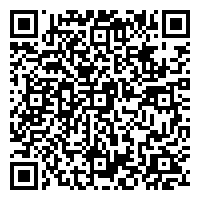