Pope Francis last week warned that violence against Jews is on the rise again. Speaking at his weekly general audience, the pope reflected on the life of a first-century married Jewish couple who accompanied Paul in his ministry and were expelled from Rome by Claudius Caesar in the year 49, Crux reported.

The pope departed for a moment from his prepared remarks to suggest the world has “seen so many brutalities done against the Jewish people, and we were convinced that this was over.”

“But today the habit of persecuting Jews is beginning to be reborn,” he said. “Brothers and sisters: this is neither human nor Christian; the Jews are our brothers and sisters and must not be persecuted! Understood?”

Following their expulsion from Rome, the Jewish couple settled in Corinth where they met Paul and welcomed him into their home. They later accompanied him on his travels to Syria.

Pope Francis said that among all of Paul’s helpers, Priscilla and Aquila “emerge as models of a married life responsibly committed to the service of the entire Christian community.” He said the couple serve as a reminder that “thanks to the faith and commitment to evangelization by so many lay people like them, Christianity has come to us.”

That story certainly doesn’t warm the hearts of too many Jewish people, seeing as Paul is viewed as the man responsible for turning the minor Christian cult into a world dominating juggernaut, complete with repression, torture and massacres of millions of Jews.

We did some Wiki (check out Priscilla and Aquila), so you won’t have to, and came up with this: Priscilla and Aquila are described in the New Testament as providing a presence that strengthened the early Christian churches. Paul was generous in his recognition and acknowledgment of his indebtedness to them. Together, they are credited with instructing Apollos, a major evangelist of the first century, and “explaining to him the way of God more accurately.”

Priscilla was a woman of Jewish heritage and one of the earliest known Christian converts who lived in Rome. Some scholars have suggested that Priscilla was the author of the Book of Hebrews. 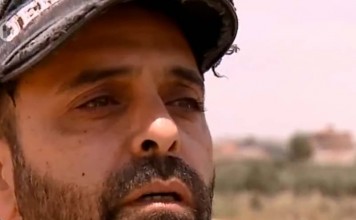