Attorney General Yehuda Weinstein confirmed in “a concrete and personal” manner an order to torture the detainees in the Duma case, Ha’aretz reported Thursday, citing “sources close to the investigation.” The same sources said Prime Minister Benjamin Netanyahu did not know about the approval and only received a report about the torture after the fact.

The sources said that Weinstein had given his approval to use torture in interrogating the suspects three weeks ago, after Police had informed him their investigation was stuck in the mud. According to the same sources, except for one suspect, a minor, who gave only partial information to informants, the rest of the suspects remain silent in their interrogations. Under these circumstances, the attorney general decided to allow the Shabak to use “special measures.”


Although the Shabak is under Netanyahu’s control, and the head of the organization meets with him weekly for updates, the Prime Minister was not informed in advance about Weinstein’s approval and had no knowledge of the service’s intention to torture suspects. Although he was aware of the option Shabak had to use physical pressure, Netanyahu was informed about the use of torture only after the fact, according to Ha’aretz.

Weinstein’s alleged approval violated the torture protocol established by Justice Elyakim Rubinstein, after the High Court banned the use of these methods in 1999. According to Rubinstein, the Attorney General does not have the authority to allow Shabak interrogators to use physical means in specific cases, but only to inform them how far they can go without risking his putting them on trial. Weinstein, according to the sources, gave a concrete permission to actually torture the suspects because they refused to incriminate themselves.

In addition, Rubinstein confirmed at the time the Shabak internal consultation procedures regarding the cases where the use of physical pressure was permitted. Apparently, Weinstein was not supposed to pre-approve such methods, but it is possible that he told interrogators that should they use the excessive interrogation methods on the Duma suspects he guaranteed they would not be tried.

The Justice Ministry said in response that “decisions about the character of the investigation were reached by the Shabak chief in accordance with his authority, under the supervision and guidance of the highest officials in the Ministry of Justice, headed by the Attorney General.”

The Justice Ministry told Ha’aretz in a statement that Deputy AG Raz Nizri conducted his personal visits with the detainees last Saturday night and went away with the impression that “the physical and mental condition of the detainees is fine, and there is a significant gap between the claims made directly by the detainees and part of what is being claimed in their name in public.” The statement added that “it should be noted that should the representatives of the suspects have various complaints about measures that were used in the investigation, these claims should be deliberated in the normal ways. To be clear, none of the above constitutes a confirmation of the matters alleged in your inquiry.” 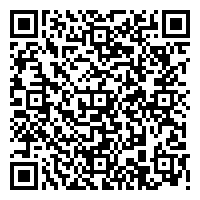