Iran has moved further along in its ability to build nuclear weapons, according to some diplomats.

The diplomats say intelligence provided to the International Atomic Energy Agency, the nuclear monitor of the United Nations, shows that Iran has advanced its work on calculating the destructive power of an atomic warhead through a series of computer models that it ran sometime within the past three years, The Associated Press reported.

The information comes from Israel, the United States and at least two other Western countries, according to the diplomats.

Iran denies it is working on a nuclear weapon.

The IAEA would not comment, but four of the six diplomats who spoke to the AP on the issue said an oblique passage in its August report on Iran saying that “the agency has obtained more information which further corroborates’’ its suspicions alludes to the new intelligence.

The information, if credible, could provide added fuel for the Israeli officials who want a preemptive military strike on Iran.

Prime Minister Benjamin Netanyahu has called for “red lines” to be set for Iran, and said sanctions have not worked.

“Those in the international community who refuse to put red lines before Iran don’t have a moral right to place a red light before Israel,” Netanyahu said Tuesday at a meeting with his Bulgarian counterpart, Boyko Borisov. 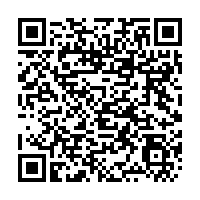