Israeli Presidents very rarely find themselves in a position to decide policy or negotiate with foreign powers — their role as heads of state is similar to that of the British monarchs, a symbol of government rather than the real thing. But on Wednesday President Reuven Rivlin found himself in the unexpected position of delivering a critical message to the leader of the second largest world power, President Vladimir Putin, and charting the start of a new relationship between Israel and Russia over Syria.

As the world discovered on Monday this week, President Putin announced that the war in Syria had been won and he was pulling the bulk of the Russian military contingency from the battlefield. It was a brilliant move on the part of the Russian leader, whose main achievement since the start of his involvement in Syria had been to wipe out the Western- and Saudi-funded rebels, leaving President Bashar al-Assad as the only viable alternative to the ISIS hordes. He outmaneuvered President Obama by several steps, and left Middle East leaders gasping with astonishment. This included Israel’s leadership. In fact, the original message President Rivlin was asked to deliver to Putin on his pre-scheduled state Visit Wednesday, was a call to coordinate the activities of the IDF and the Russian army in the Syrian Golan heights, along Israel’s north-eastern border.


On Monday night that message had to be scrapped and a completely new policy had to be charted on the spot, in advance of the Wednesday meeting in the Kremlin. “I felt that I was thrown into battle as the envoy of the prime minister, the defense minister and the chief of staff,” Rivlin related. His mission, outlined in a hurry on Monday night, was to draw Israel’s lines in the sand as far as the post-Russian Syrian arena was concerned.

According to reports in Israel’s media, Putin’s response was friendly and understanding — at least on the surface. He repeated his commitment to Israel’s security, if only, he joked, because so many Russians live and visit there. Putin then inquired about the steps Israel is prepared to take to advance peace with the Palestinian Arabs and President Rivlin responded with the list of efforts and gestures Israel has made since 1993 to reach peace, and promised that—short of national suicide—Israel would continue to try everything in its power to reach peace.

There will be a meeting between Putin and Prime Minister Netanyahu soon, but until then, over in Jerusalem, they appreciated Rivlin’s unscheduled relief pitching. 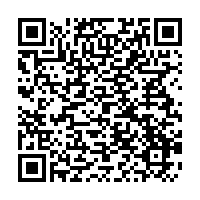